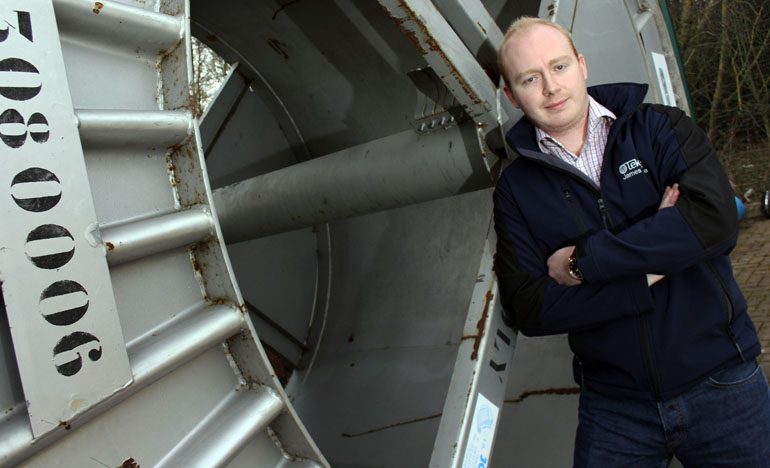 The boss of one of Newton Aycliffe’s biggest assets has told Aycliffe Today it is committed to the business park.

Following Tekmar’s AIM floating this summer, the company restructured and formed the new Tekmar Group, which is now a public limited company.

The Tekmar Group revealed this week it is in the process of acquiring Darlington-based Subsea Innovation.

The group says it intends to acquire “multiple” businesses across the UK and Europe as part of ambitious growth plans.

And although it is looking to relocate the group’s administration offices to Subsea Innovation’s Darlington HQ less than five miles away, the firm says it will have no negative impact on its Aycliffe operation.

The group’s CEO James Ritchie told Aycliffe Today: “Tekmar Group is a newly-formed legal entity as of the June this year and our intention is to place the administration office of this entity at Subsea Innovation as they have the space we currently don’t have within Aycliffe.

“Our strategy as a PLC is to acquire multiple businesses across the UK and Europe. This has no negative effect on Tekmar Energy, more probably the opposite and will likely have a positive effect on the positioning of the company within the market.”

Tekmar Energy currently has two sites on Aycliffe Business Park, and Aycliffe Today understands the firm may consider consolidating its two sites into one in the future, but which would have no negative impact on job security.