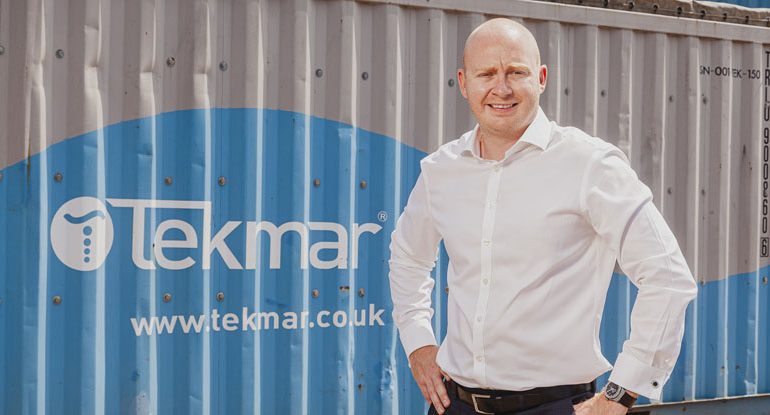 The boss of Newton Aycliffe-based Tekmar Group has revealed he will step down in the next year after the firm recorded another turnover hike.

After 12 years with Tekmar, chief executive James Ritchie has decided to resign from the board, handing responsibility to Alasdair MacDonald.

He will remain with the Aycliffe Business Park firm until the end of the current financial year (March 2021) – or “as such time that an orderly handover is completed”.

Ritchie completed a management buyout of Tekmar aged just 21, and Tekmar Group was floated on the stock exchange two years ago, raising £60m.

In an exclusive interview in Aycliffe Today’s latest Aycliffe Business magazine, Ritchie told Peter Barron that he expected turnover to double, from £28m, in the next year.

And in annual accounts published this week, Tekmar Group has recorded a 46% growth of sales to £40.9m, up to the end of March this year.

Ritchie said: “Firstly, I want to reassure you this was my personal decision and is in no way a reflection of my confidence in Tekmar longer term. It has been an exciting 12-years of growing the business from a small family start-up to where we are today, and it will remain an astonishing story.

“Together we developed a market-leading technology, established the largest track record in offshore wind with an outstanding brand recognised the world over, completed a management buy-out of Tekmar Energy in 2011 backed by private equity, and then successfully floated on the London Stock Exchange becoming Tekmar Group plc seven years later.

“More impressively we have doubled in size in the first two years, achieving £41m in sales and employing over 200 people across six businesses. For me now, this feels like the right time to hand over the reins.”

The group’s executive chairman Alasdair Macdonald said: “On behalf of the Board and everyone at the company, I would like to thank James for his unwavering commitment and outstanding contribution to the business over the last decade.

“His drive and ambition have transformed Tekmar from a small family start-up into a global business. He should be truly proud of his achievements”.

Macdonald joined Tekmar in 2013 and has over 30 years’ experience in the oil and gas industry, holding senior executive positions including CEO and COO with Wellstream International and Wellstream Holdings plc, a FTSE 250 company, and Seanamic Group.

He spent 19 years with Technip UK, acting as managing director of Technip Umbilicals between 2005 and 2008.