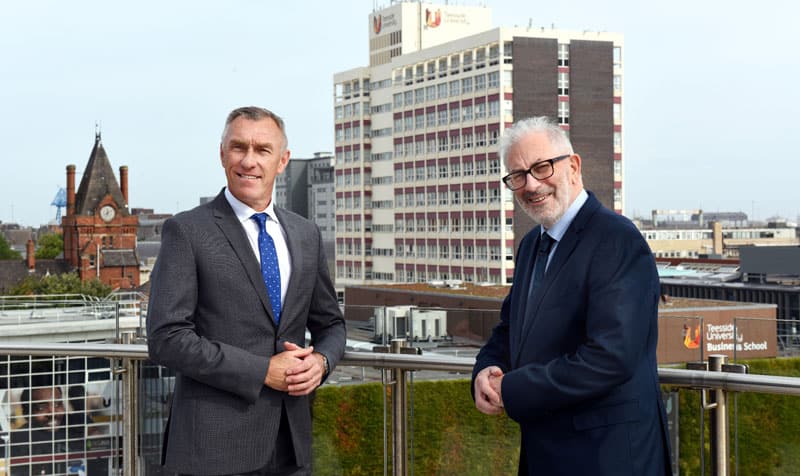 Teesside University has hosted a summit designed to help tackle regional inequality and provide additional opportunities for jobs and growth.

The UK2070 Commission’s Teesside Taskforce held a formal evidence session at Teesside University where it heard how areas including freeports, steel, hydrogen and the wider net zero agenda can provide a boost for the region.

It came days after Teesside University was named as the top university in the country for social inclusion, highlighting the institution’s work to embrace social mobility and encourage greater participation in higher education from underrepresented groups.

The UK2070 Commission, chaired by Lord Kerslake, is an independent inquiry into national and regional inequalities in the UK. Its aim is to illustrate the potential for change and identify an agenda of action to deliver it.

Last year, as part of the commission, a Teesside Taskforce was set up to examine how certain sectors could increase quality job opportunities in the region and ultimately enhance people’s prospects and wellbeing.

Teesside University has already contributed several pieces of evidence for the Teesside Taskforce and has been working in partnership with the commission to develop actions around the levelling up agenda. Professor Stephen Cummings, Pro Vice-Chancellor, (Research and Innovation) at Teesside University, contributed to the evidence session.

It also included feedback from the likes of Tees Valley Mayor Ben Houchen and CEO of the Materials Processing Institute Chris McDonald, who have been instrumental in the Teesside Taskforce. A final report will now be published and shared with Government as part of the UK2070 Commission.

“This can only be achieved with cooperation and collaboration, and we have welcomed the work of the Teesside Taskforce in galvanising this critical activity.

“As the UK seeks to build back better, it has never been so important for the voice and experience of the regions to be reflected in national policy and decision-making. Teesside University will continue to contribute the knowledge, skills and insight to develop solutions that shape the future, today.”

The report from the Teesside Taskforce advised that the scale of change needed to transform the Tees Valley requires productivity and employment to increase by 10 per cent and the rate of innovation to double.

The Taskforce recommends the development of a regional Clean Growth Strategy and vision that rejects the narrative around ‘left behind towns’ and builds on the ambitions of the Tees Valley and opportunities such as Freeports, investment in Net Zero and Treasury North.

Lord Kerslake said: “Thank you Teesside University for hosting the UK2070 Commission. This is the culmination of extensive consultation across the whole of Teesside.

“Further helping realise the future potential of the Tees Valley, whilst reducing inequality, I wanted to thank everyone, especially Mayor Houchen and the Combined Authority, for their support.”

Tees Valley mayor Ben Houchen said: “I was pleased to welcome Lord Kerslake to the region and give evidence as to how we can achieve our ambitions, ambitions that will deliver a brighter future for local people as we spearhead the UK’s transition to being a net zero nation by 2050.”

And Chris McDonald, CEO of the Materials Processing Institute, commented: “I am pleased to have been invited to give formal oral evidence to the UK2070 Commission on their independent enquiry into national and regional inequalities.

“As part of the UK2070 Teesside Task Force, I will be focusing on how we can realise the future potential of the Tees Valley, creating jobs and growth, while reducing inequality.”