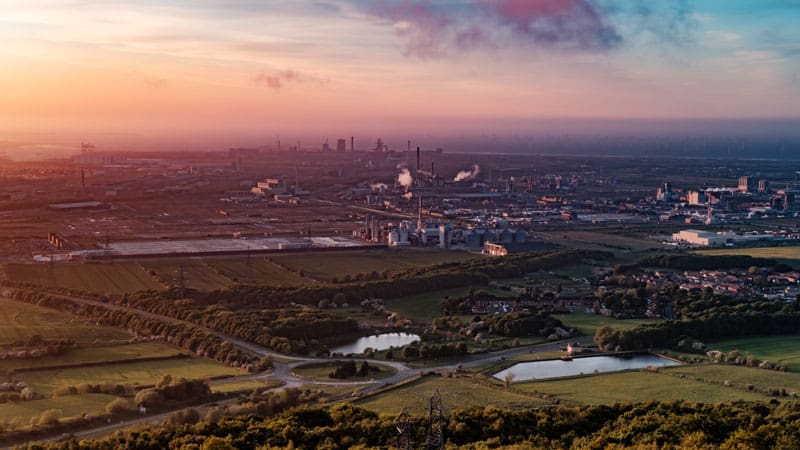 Teesside has been selected as the premier net zero project to lead the UK’s net zero ambitions – sharing a pot of £1 billion.

Net Zero Teesside (NZT), to be based at Teesworks, will now receive a share of the Carbon Capture and Storage (CCS) Infrastructure fund to create the country’s first decarbonised industrial cluster in the region.

The East Coast Cluster is a partnership between NZT, the Northern Endurance Partnership (NEP) and Zero Carbon Humber.

It stands ready to remove 50 per cent of the UK’s industrial cluster CO2 emissions and supports the UK’s target of net zero emissions by 2050.

NZT Power is a new gas-fired power plant that uses carbon capture, utilisation and storage (CCUS) technologies in collaboration with the NEP to develop the common infrastructure needed to transport CO2 from industrial plants across Teesside to secure offshore storage in the Endurance aquifer in the Southern North Sea.

Construction for the schemes is expected to create over 9,000 direct jobs alone.

Along with creating thousands of good-quality, well paid jobs during construction and operation, Net Zero Teesside is also essential for safeguarding thousands of jobs in Teesside’s chemicals and processing industries.

Tees Valley mayor Ben Houchen said: “I’m delighted that, once again, our region has been firmly placed on the map and the government has selected Teesside as their premier net zero project.

“Make no mistake, Teesside is now the go-to place to develop green and clean technologies of the future.

“This announcement today will allow the negotiations with Teesworks and Net Zero Teesside to be finalised and then work can crack on with the £220m engineering and design of the mammoth project. Once built it will lead the UK’s net zero ambitions and become the country’s first decarbonised industrial cluster.

“This project is set to create many thousands of jobs, not only in construction, but in low-carbon technologies creating, cleaner, healthier and safer communities across Teesside, Darlington and Hartlepool.”

Andy Lane, MD of Northern Endurance Partnership, said: “Today is a significant milestone on our country’s journey to net zero emissions by 2050.

“We are delighted that the East Coast Cluster has been selected and we will look forward to delivering our project, removing up to 50 per cent of the UK’s industrial cluster CO2 emissions, creating tens of thousands of jobs and establishing the UK as a leader in the energy transition.”

The Tees Valley is at the forefront of developing green technologies and home to an unparalleled and diverse mix of projects within carbon capture, low-carbon hydrogen production and negative emissions power.

The NZT Power plant is being delivered by a consortium led by bp and recently both Kellas and bp have announced blue hydrogen production facilities across Teesside.