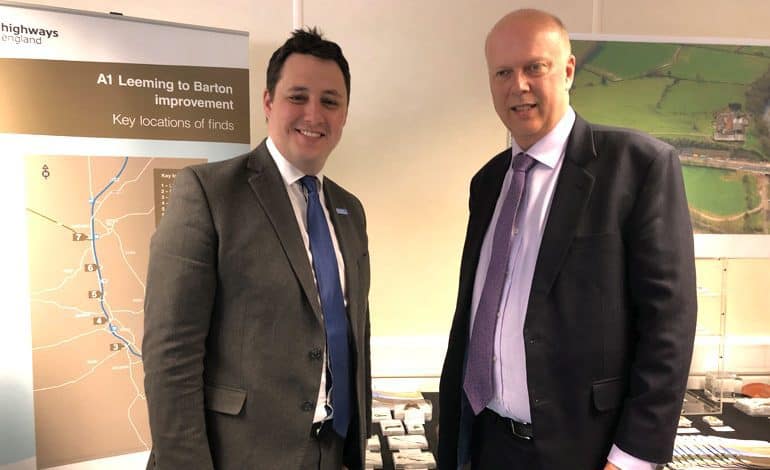 Tees Valley Mayor Ben Houchen has pushed the case for a £100m scheme to transform Darlington station in a meeting with Transport Secretary Chris Grayling.

The ambitious project will see a major overhaul of the station and reconfiguration of rail track to ensure the station is able to accommodate new high speed services on the East Coast Main Line, while also unlocking capacity on the local rail line.

This will lead to faster, more frequent and better quality services across the Tees Valley, County Durham and North Yorkshire, and better freight connections from Teesport.

Mayor Houchen has insisted that investment is urgently needed to ensure the station can not only handle more of the new faster, longer Class 800 ‘Azuma’ trains, but additional services from the new Northern Powerhouse Rail programme and High Speed Two (HS2).

Mayor Houchen announced last week that he is prepared to bring forward an investment of up to £25m towards the redevelopment of the station, but insisted that that central Government will need to contribute the rest.

The mayor’s commitment would come from a £59m local connectivity pot that was devolved to the area from Government last year.

Mayor Houchen said: “This is a project of national significance to relieve pressures on the East Coast Main Line and improve services on the local line too.

“That’s why I’m willing to commit £25m to the project, but I’m clear that Government will also need to cough up.

“Over the past 12 months I have used every opportunity with Ministers to push for much-needed investment, and today was no exception.

“The Transport Secretary is very much aware that this is one of my top transport priorities and I’ll continue to do all I can to push the case for more cash for our region.”

Mayor Houchen met Mr Grayling on Thursday while he was in North Yorkshire to officially open a £380million upgrade of the A1 between Leeming and Barton, completing the motorway between Newcastle and London for the first time.

“We have called the scheme ‘Darlington 2025’ as our vision is to open the redeveloped station to coincide with the 200-year anniversary of the Stockton-Darlington railway.

“During this time, we expect many visitors from around the world to travel to our town to visit the home of the world’s first passenger railway.”