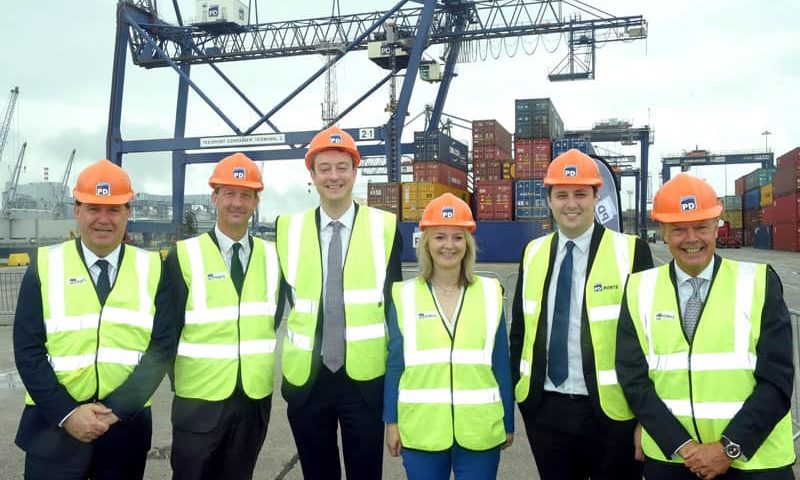 Teesworks has confirmed that a comprehensive bid will be submitted on behalf of the region to become the country’s first and largest freeport.

Ahead of a virtual event organised by PD Ports on Wednesday to help shape a future bid, Tees Valley mayor Ben Houchen outlined to more than 60 senior regional business leaders how the bid for freeport status could turbo-charge the regional economy adding an extra £2billion to the economy and creating up to 32,000 jobs.

The government recently announced that bids to establish one of up-to-ten new freeports across the UK must be submitted by February 5, 2021.

Following on from a detailed policy paper submitted to government in 2019, developed by mayor Houchen in collaboration with a number of businesses including PD Ports, a strong bid is in development which, if successful, could see confirmation of freeport status as early as Spring next year.

Areas given freeport status within the Tees Valley would benefit from a wide package of tax reliefs, simplified customs procedures, streamlined planning processes to boost redevelopment and government support to promote regeneration and innovation, helping to create thousands of jobs and boost post-Brexit growth.

Mayor Houchen added “Teesside is at the front-of-the-line to secure Freeport status. It was a policy made on Teesside for Teesside and as Mayor, I will submit the official bid on behalf of the region.

“A Freeport in Teesside will super-charge our economy and create thousands of good-quality well paid jobs, and that’s why delivery of a Freeport is a key part of my plan for jobs.

“This will be truly transformational for our local economy and workers from across Teesside, Darlington and Hartlepool, putting more money in their pockets for them and their families.

“Through our ingenuity, creativity and engineering skills Teesside built the world and, in the process, developed an enviable reputation as a centre of excellence when it comes to heavy engineering and precision manufacturing.

“Being home to the UK’s first and biggest Freeport means as Global Britain once again looks outward to the rest of the world, Teesside is ideally placed to capture the reshoring of manufacturing thanks to the amazing skills of local people.

“Throughout our history Teesside has been a pioneer that faces out to the world, and with Freeports Teesside will once again be charting a course for the rest of the UK to follow.”

Mary Lanigan, leader of Redcar and Cleveland Council, said: “Freeport status would help the immense potential of our port, borough and wider region become a reality.

“That’s why it is vital that ourselves, PD Ports, the mayor, businesses and other partners all work together on this bid.

“It is something we must and will get right to give ourselves the best chance to create thousands of jobs and help secure a vibrant economy for generations to come.”

PD Ports COO and vice chairman Jerry Hopkinson said: “The competition for freeport status will be tough, and nothing must be taken for granted.

“We must build on all our strengths as a region, ranging from the fantastic development opportunities that exist along the River Tees, the North’s leading maritime gateway, to the progressive companies that today make the Tees Valley an exporting powerhouse.

“We must also use this once-in-a-lifetime opportunity to deliver swift benefits that can drive our post-Covid economic recovery. This all depends on delivering a shared vision through committed and inclusive collaboration.

“That’s why we’re absolutely delighted to have the mayor on board. Together, we will work on shaping the bid with the Tees Valley Combined Authority, river Tees stakeholders; local industry; trade associations and the education sector.”

Freeports provide special freedoms to trade, within a specific area around a major port.