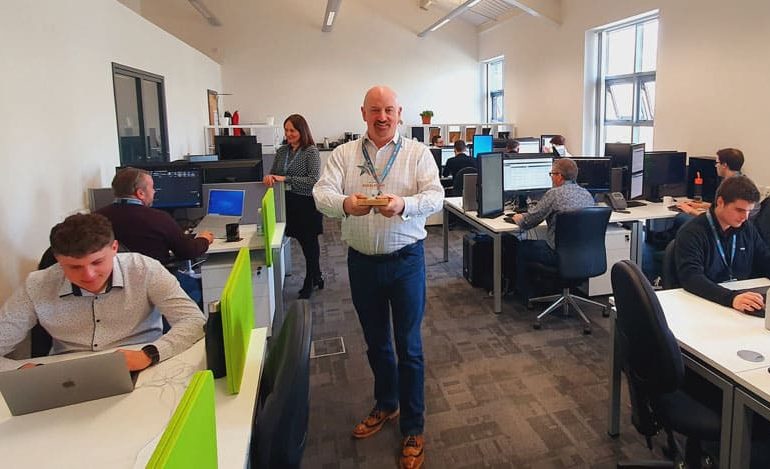 The firm’s CEO Ian Brown received the gong at an event held at the Newcastle Gateshead Marriott Hotel this week.

“I am delighted and surprised to be receiving this award which recognises all the hard work, dedication and commitment of the team at Excelpoint,” said Ian.

“The team has worked hard to establish the business as a leading light in the no-code software sector representing the region on a world stage.

We have big plans for the future to establish Excelpoint as one of the world leaders in the no-code software sector.”

Each year, the FSB celebrates the achievements and contributions of smaller businesses with up to 250 employees and the self-employed through its UK awards scheme, which attracts over 8,000 entries!

As a winner of the North East region, Excelpoint will represent the region at the national finals in Glasgow on May 19.