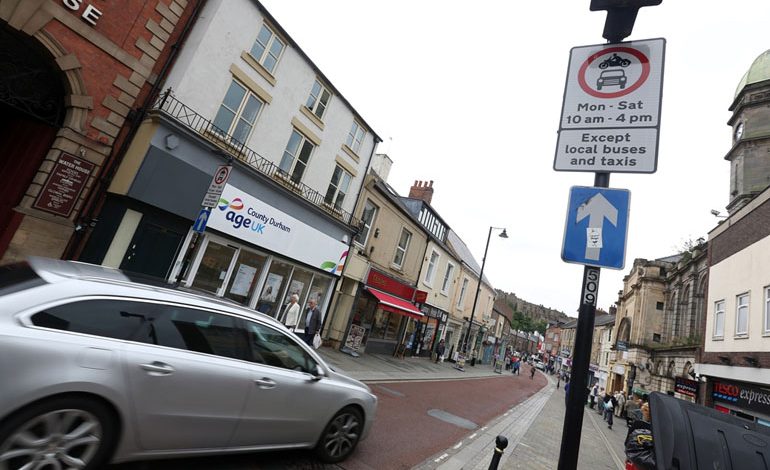 Councillors are being recommended to agree to the use of a camera to deter motorists from misusing bus lanes in County Durham.

Durham County Council’s Cabinet is also being asked to give its support to the authority assuming responsibility for enforcement of bus lane restrictions from Durham Constabulary.

Next Wednesday’s meeting will hear that the council regularly receives complaints about contraventions and lack of enforcement of bus lanes, particularly North Road in Durham, from local councillors, residents, bus companies, taxi drivers and the Durham Licenced Taxi Association.

In July last year, an exercise was carried out in which CCTV coverage of North Road was monitored and found to show 66 contraventions in a nine hour period.

Councillors will hear that police similarly receive regular complaints about contravention of bus lanes and other locations where No Entry Except Buses exist.

However the demands on their officers’ time reduces their availability to carry out enforcement.

The meeting will hear that by assuming responsibility for enforcement, the council would allow police to free up resources for core duties.

Cabinet will hear of proposals to introduce a redeployable camera which would work through a system of Automatic Number Plate Recognition.

Seven of eleven other North East authorities either have or plan to use a static, manual or redeployable camera.

Initially deployed at North Road, it would then be moved around the various bus lanes in County Durham on a rotational basis.

The meeting will be told the council envisages enforcement taking the form of £60 penalty charge notices with the amount reduced to £30 if paid within 14 days.

A report to the meeting also outlines how the council will review and potentially improve signage at all its bus lanes to ensure that motorists know where they are. It will also put up signs to make motorists aware that camera enforcement is to come.

In the first month of the camera being at North Road, the council will also issue warning notices for first offences rather than penalty charges.

Councillors will also be told that while the council expects to detect a high number of contraventions at first, compliance is likely to increase and contraventions reduce as time goes on and motorists become aware of the camera.

Cllr Carl Marshall, the council’s Cabinet member for economic regeneration, said: “We get so many people complaining to us about motorists abusing bus lanes across the county and we know the police do too.

“We believe having a camera is the best way to stop people misusing them. Reducing the number of unauthorised vehicles on North Road will both improve road safety and also help our public transport operators by reducing bus journey times and improving the reliability of the network, which will in turn increase use of sustainable transport and help the environment by reducing pollution.”