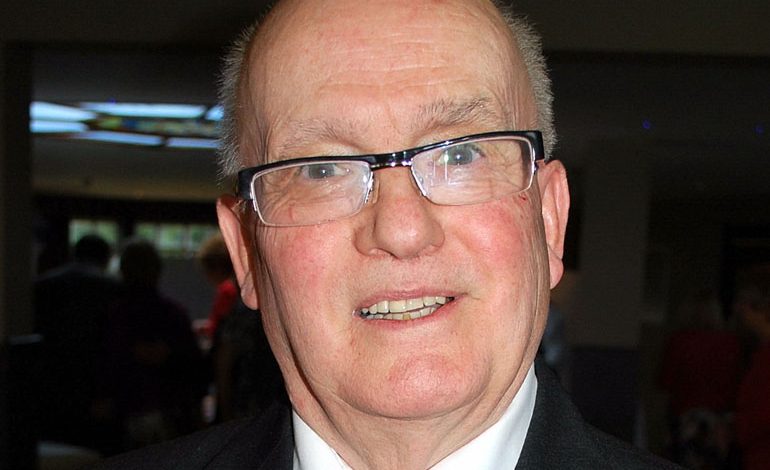 Tireless charity campaigner Syd Howarth has appealed for people throughout the Aycliffe area to help raise £2.5m to buy two state-of-the-art MRI scanners to improve medical services for patients in the region.

The magnetic resonance imaging machines will be sited in Darlington and Bishop Auckland hospitals and replace 18-year-old machines which the National Health Service Trust currently pays around £1m a year to lease.

Businessman Howarth, who mooted the campaign to acquire the new equipment, said this week: “It’s a no-brainer. This appeal will not only improve scanning services for people in a large area of the county but also save the NHS a massive amount of money.”

The printer, publisher and newspaper editor was alerted to the need for action over a year ago when a reader reported ‘alarming information’ on the deal regarding the leasing of scanning equipment to Darlington Memorial Hospital by a private finance company.

Howarth began to investigate and discovered the scanners would originally have cost less than £800,000 to buy and that the £1m now being spent annually on leasing the machines could, he was informed, pay for 40 extra nurses.

The former Rotary District Governor knew that, thanks to a highly successful public appeal, the Rotary Club of Middlesbrough had recently raised £1m to buy a scanner for James Cook Hospital in just ten months.

Because of its reputation for supporting deserving community causes, he approached the Rotary Club in Darlington with a view to launching a similar campaign. Club members have supported the town’s Memorial Hospital since the days of George VI and readily agreed.

Rotarian Alastair MacConachie stepped in and took the lead, committing to help rally fellow Rotary members, businesses and the wider community to ensure County Durham & Darlington NHS Trust was at the forefront of radiology nationwide- saving lives through early diagnosis, particularly in cardiology and many types of cancers.

Talks were held with the NHS Trust and the campaign was officially launched on February 7 at Darlington Memorial Hospital.

“The new scanners will put Darlington and Bishop Auckland at the top of the league in terms of technology that aids early diagnosis which will benefit every member of the community,” said Howarth.

His own Rotary Club at Newton Aycliffe has agreed to support the project and other local Rotary Clubs are confidently expected to back the appeal for funds.

Howarth added: “We now need the support of everyone in the Darlington, Durham and Bishop Auckland hospital areas to help by making individual donations, supporting fund-raising events, getting their organisations and groups to raise cash and by leaving legacies.”

Donations can be made via www.justgiving.com/cddft or Text SCAN02 £10 to 70070 (please specify any amount you wish to donate)