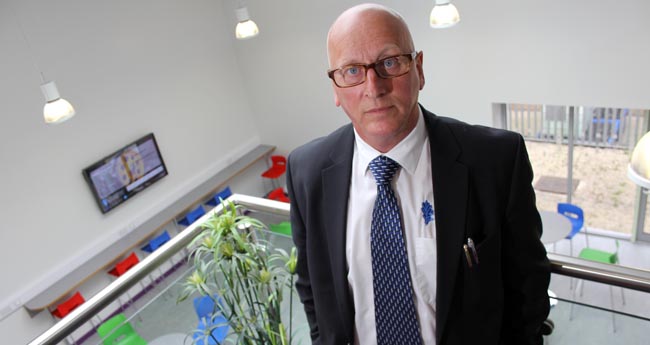 South West Durham Training (SWDT) has struck a deal with Hitachi Rail Europe to teach some its future train-builders.

Hitachi is investing £1m in a prototype train which will be installed at SWDT’s premises as part of the deal – the train, shipped from Japan, is expected to arrive in December.

Meanwhile, the Japanese firm is also planning to base around 70 staff at SWDT until its £82m facility opens next year.

The deal comes after SWDT announced a new partnership with Bishop Auckland College, in an agreement which will see the Aycliffe organisation retain its status as a separate company and registered charity within the college’s structure.

In an interview with Aycliffe Today Business, Mr Alley said: “Darren came to see us early on, and I don’t think it’s a secret to say we’ve been courting Hitachi since they came to Aycliffe.

“When Darren came back recently, he told me he thought the place was a bit down last year, that the atmosphere was flat.

“But then said that has all changed now, there’s a buzz around the place, there are smiles on faces and people enjoy being here – that’s one of the best accolades we could get.”

More on this story will be in the September-October issue of Aycliffe Today Business.

Hitachi boss Darren Cumner has also penned the foreword for the new issue, which will be out soon.