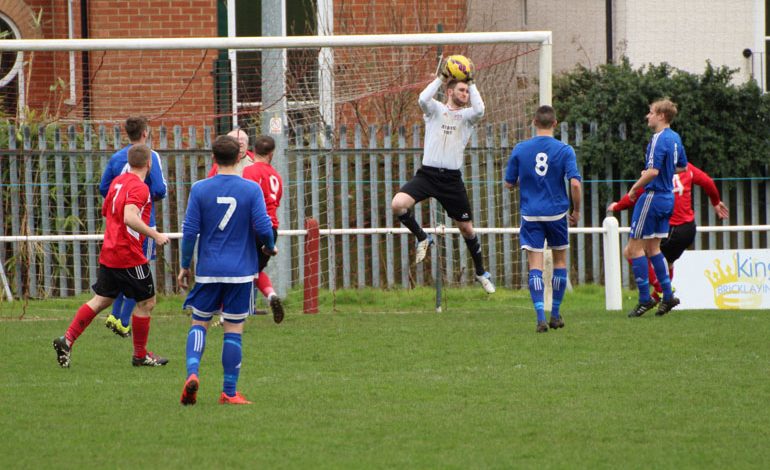 Following a midweek draw against Seaham Red Star, Newton Aycliffe gained a point away at Sunderland RCA with a goalless draw.

Neither side played to the best of their abilities on what was a bobbly pitch.

There were no clear chances early in the game, Aycliffe then suffered a blow when centre half Liam Browne had to go off with an injury, and was replaced by Ben Wood.

A minute later Dan Mitton had a chance following a corner, but put his shot wide. RCA then had a good spell, with Phil Pentony making two good saves on 27 and 30 minutes.

On 37 minutes, Aycliffe captain Jamie Owens broke away, but with only the goalie to beat he skied his shot.

Two minutes later, RCA had a goal disallowed when centre forward Butler headed home, but was adjudged by referee Lucy Oliver to have fouled Mattie Lovegreen in the process.

Although Aycliffe had the slope in their favour in the second half, RCA started the brighter. They headed over 10 minutes in, and then on the hour Pentony made a great save from RCA’s Charlton in a one-on-one situation.

RCA then had another chance when they played in a good cross from the right, but it evaded the forwards.

Jack Oliver replaced Josh Gray, and he had a chance when he managed to get around Carmichael in the home goal, but then put his shot past the post.

RCA went straight up the other end and in an incredible escape for Aycliffe, RCA hit the bar, with Butler putting the rebound over the bar when it was easier to score. Both sides went for a winner, but neither created a good chance.

Their next home match will be on Saturday April 1, when current FA Vase holders Morpeth Town will be the visitors to Moore Lane Park.