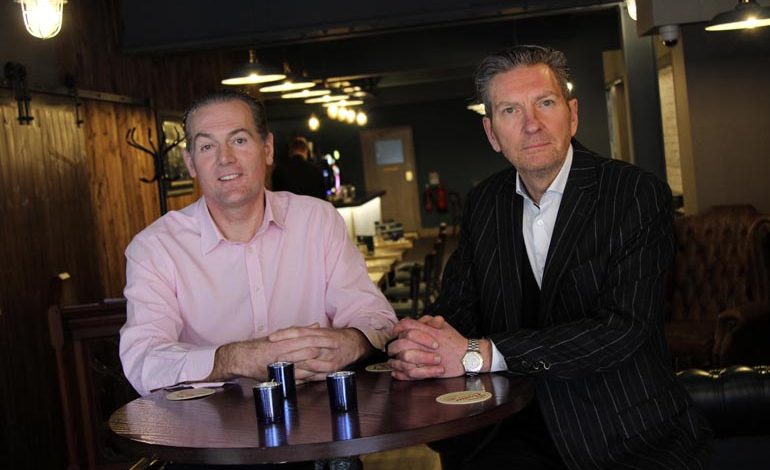 Two high-profile entrepreneurs are set to star at an annual business awards event in Newton Aycliffe.

They’ll both share their fascinating insights into business and their colourful careers during the glamorous black-tie bash at the Xcel Centre on March 1, which will single out the business park’s shining stars and recognise the outstanding performances of 2016.

Born in Leeds, Yarm-based Peter Wilcock worked in sales for firms such as Unilever, Seagrams, In-Wear and Initial before he was one of the founding directors of the Comcast UK business in the 1990s which was later sold to NTL before it merged with Virgin Media.

Wilcock launched Comcast UK with no customers, but by the time he left it had a workforce of 12,000 people and 6.5 million customers.

He now runs Carpeo call centre in Swindon, and marketing consultancy Growth Machine, as well as being a conference speaker, and in 2014 he published the acclaimed book The Business Whisperer.

Wilcock, who will talk about his Cable TV journey during the Make Your Mark event, is encouraging businesses to enter this year’s competition.

“For a business it’s about profile and brand,” he said. “There’s a discipline to enter an award, but if you’re even shortlisted that creates a good reputation.

“I also think internally, you can underestimate the value of awards to employees. It’s amazing what buzz it creates, not only on the night but months afterwards.

“For Aycliffe Business Park it’s about the community. Everyone can run their own businesses individually, but having that community and bringing everyone together like this is just a good thing to do.”

After retiring from fund management, he returned to the North-East where he has been involved in several charities.

The first charity he founded, in 2011, was the Middlesbrough and Teesside Philanthropic Foundation, which raises and distributes funds to boost communities across the urban areas of Teesside.

A couple of years later Preston launched a new charity called CEO Sleepout, which holds events across the UK to raise funds to combat homelessness and poverty.

In December 2016 Preston launched a charity restaurant, The Fork in the Road, in Middlesbrough, with the goal of providing employment opportunities for ex-offenders, recovering addicts and the long-term unemployed.

He’s also chair of Tees Valley Education, which is a three-school academy trust which operates in some of the UK’s most disadvantaged areas, while he continues to invest in start-up businesses and commercial property. In 2013, through a £1m renovation, Preston and his brother Chris converted a 19th Century Middlesbrough building, previously known as the Cleveland Club, into office accommodation called Boho Four Gibson House.

He said: “Success in business comes down to a range of things, but one of the biggest and most important areas is marketing, and marketing in a nutshell is about getting your message out there.

“Entering awards like this is one of the best, most effective and most affordable, free ways of promoting your company.

“If you want to stay in front of existing customers and reach new customers, this is an absolute no-brainer.”

The 2016 Make Your Mark ceremony will be the first to be delivered by the new Aycliffe Business Park Community (ABPC) which was formed in 2016.

“A lot of planning has already gone into this year’s event and we’re confident it will be another hugely-successful event.”

An independent panel of judges will decide on 11 awards for this year’s Make Your Mark event, including Apprenticeships, Employer of the Year, Apprentice of the Year, Engineering and Manufacturing, Export, Heart of the Community, Innovation, Newcomer, Service Business, Small Business and Company of the Year.

The deadline to enter the 2016 Make Your Mark awards is Friday February 10, and businesses can enter online easily at www.aycliffeawards.co.uk