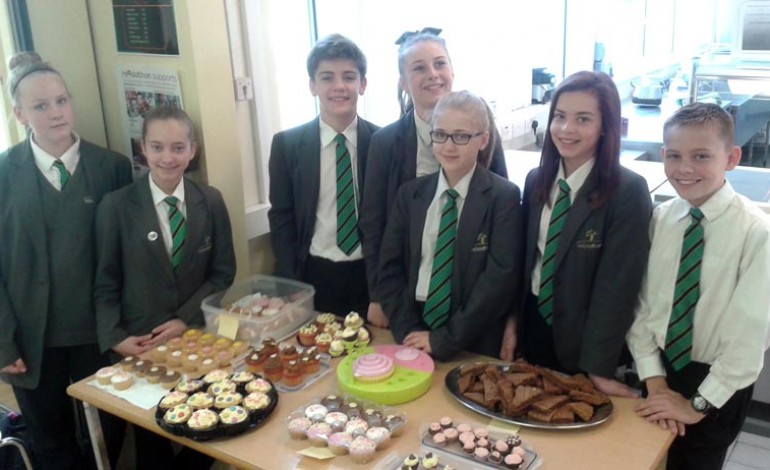 Newton Aycliffe students have raised more than £400 for children in crisis-hit Nepal.

The Woodham Academy pupils spent a day of fundraising on behalf of UNICEF, which is delivering clean water and other life-saving emergency supplies for children and families in the area.

One in four of Nepal’s population are children and the charity is urgently assessing their needs.

For every £55 collected, five families in Nepal are provided with clean drinking water.

Woodham students had been exploring the theme of altruism through their morning assemblies and they started their fundraising with a ‘Bring a Pound to School Day’.

This was followed up by a cake bake, which was led by the school’s Future Business Magnates team who were hoping to raise funds to manufacture a prototype for their business idea whilst at the same time supporting the fundraising campaign.

A total of £413.67 was raised, and Woodham’s associate assistant head teacher Sarah McGinnety said: “I am very proud of how our young people have responded to the crisis in Nepal.

“They have pulled together as a team to help those most in need. This is a highly commendable effort.”