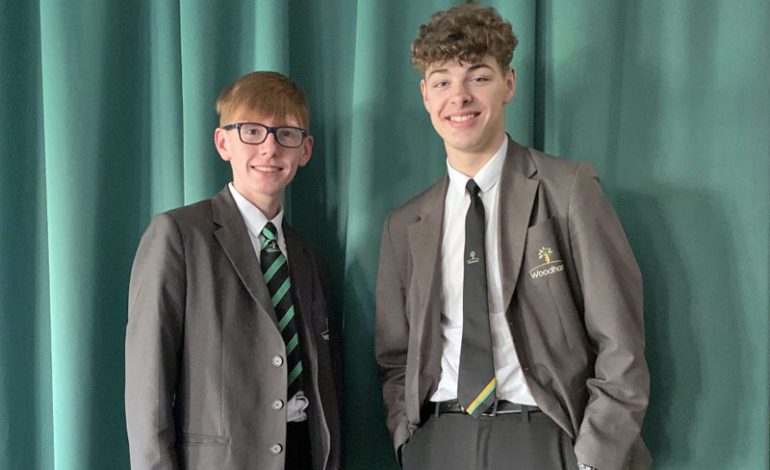 Students Blake Charlton and Sonny Fielding have recently been successful in auditioning for a place at Newcastle College to study Performing Arts, once they leave at the end of Year 11.

They will now have the opportunity to refine and develop their skills at a college which boasts an impressive £21m facility, including three different performance spaces, nine dancing and acting studios and a 280 seat theatre.

Both students have been heavily involved in the performing arts opportunities that have been available to them over the past few years.

Blake has been a frequent performer in Woodham Sound and advanced Choir, as well as the school’s Dance Academy.

Blake recently starred as Jonny Casino and Teen Angel in the school production of Grease. He will be performing as Ryan in next year’s performance of High School Musical.

Sonny starred as Dewey Finn in the school’s performance of School of Rock, an impressive role to take when he was only a Year 9 student.

He then went to take the leading role as Danny in Grease and is playing his final leading role in the school when he performs as Troy Bolton in High School Musical.

“We would like to congratulate both students on their success and hope they return to Woodham in the coming years to tell us of their success in the world of performing arts,” said the school.