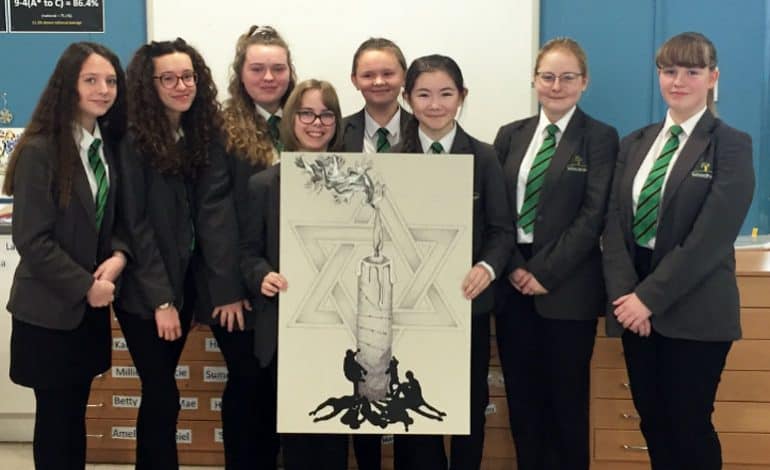 Aycliffe students have worked on a project to help mark the 75th anniversary of the liberation of Second World War concentration camps.

On January 27, 2020, Holocaust Memorial Day will mark the 75th anniversary of the liberation of Auschwitz-Birkenau.

In commemoration for this landmark anniversary, the Holocaust Memorial Trust have organised a county-wide project for primary schools, secondary schools and colleges.

The project involved creating a piece of artwork featuring a memorial flame, marking 75 years since the end of the Holocaust.

These images will the form part of a larger collage which will be on display in Durham Cathedral as part of the Holocaust Memorial service.

At Woodham Academy, the Leadership Academy worked with Year 9 students within History and Art to participate in this project.

The students undertook a research project to help formulate their ideas of what they wanted their flame to look like.

Students used a range of artistic skills to represent the struggles that people faced during their time in concentration camps, with the flame and hands representing hope and liberation.

Following its submission, the piece has now been selected to be displayed in County Hall after the memorial service which is a reflection of their outstanding effort.