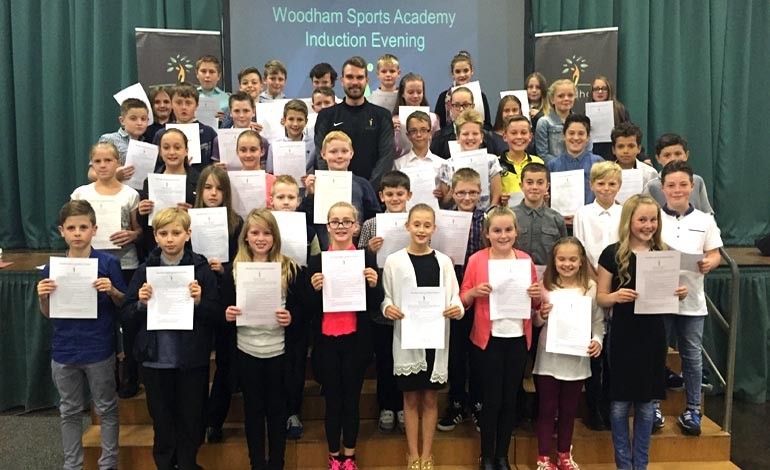 A group of Year 7 students at Woodham Academy have been inducted into the school’s Sports Academy and presented with their Academy contracts.

The night itself was a huge success with students and parents attending.

Academy Director Liam Clough said: “The sporting contract is important as it gives students clear boundaries to work within for achievement in their subjects, maintaining high performance levels as well as following the academies behaviour policy.

“We believe that through sport we can target students to improve academically as sport instils certain values and beliefs that are needed to be successful.”

Woodham has already seen the benefit of the Sports Academy as over 250 students have attended extracurricular clubs in the last two years.

Not only have sporting academies flourished but so have students’ results and achievements. Woodham Academy now has students who compete regularly at regional, national and international levels.

Year 11 results have also been outstanding, with 87% of students achieving 5A*-C including English and Maths.