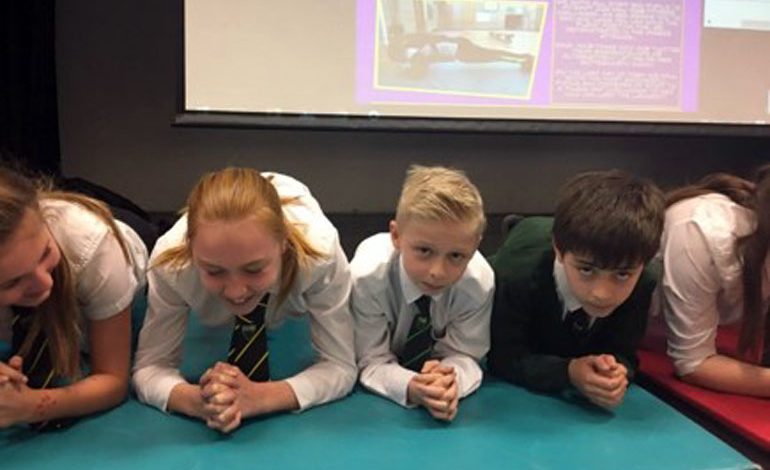 Greenfield Community College PE Department recently held their annual ‘Plank’ challenge for both pupils and staff to see who could hold the fitness related plank position for the longest amount of time.

The competition ran throughout January and up to the February half-term as part of a new year fitness related challenge.

It also coincided with the PE department’s health related fitness units that pupils were involved in.

Several staff members got involved and this only proved to spur pupils on to want to beat their teacher’s even more.

This year the competition was held across both campuses with the final ‘Plank Off’ on the last day of term.

With well over 200 watching, over 40 pupils and staff lined up to try and take the Greenfield ‘Plank off’ crown for 2017.

With so many students and staff taking part, the competition had to be set over a number of rounds with the winners from each round showcasing their time.

The record from last year was well and truly beaten by two competitors from the Sunnydale campus with times of 23 minutes and 20 seconds (Lewis) and the overall winning time of a staggering 23 minutes and 42 seconds by Abbie.