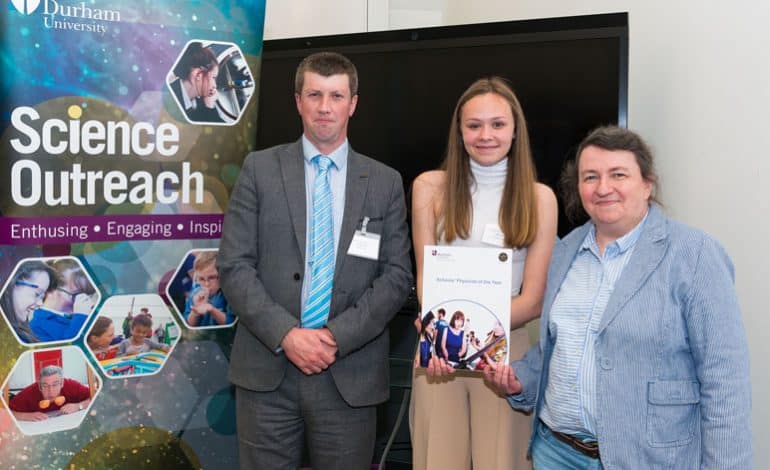 Woodham Academy student Mollie Marsh has been nominated as the school’s Physicist of the Year 2022.

The award, which is supported by the Ogden Trust, recognises the achievements of young physics students from schools across the North-East.

Mollie received her award (and goody bag) at a celebration event at Durham University’s Physics department, which was held last week.

There was also an opportunity to see some of the work of the university’s physics students and hear about the journey of Dr Morobito and how she came to be a Physics Professor at Durham.

The awards were presented by Paul Sapple, programme manager for the Ogden Trust, and Professor Paula Chadwick FRAS, soon to be the new head of department for Physics at Durham University.

“Her enquiring mind and hard work has seen her understanding of the subject flourish, with some excellent test results to prove it.

“Mollie is a delight to teach, being both diligent and polite. Despite her academic prowess, she hasn’t a hint of arrogance.

“Her unwavering curiosity and superb work ethic make her an assiduous student. She should rightfully be proud to be nominated as a Schools’ Physicist of the Year. Well done!”.