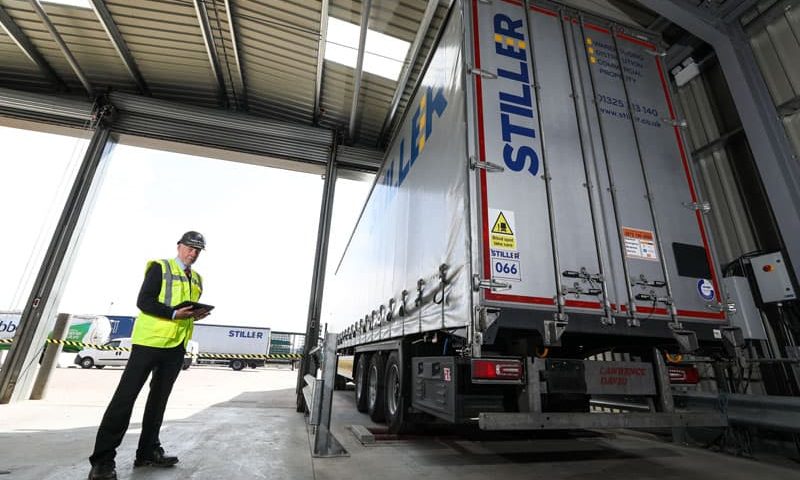 Newton Aycliffe firm Stiller Warehousing and Distribution has created three new roles after investing £500,000 in a new maintenance facility for its fleet of heavy goods vehicles.

It includes a significant investment in brake roller testing equipment, meaning Stiller can carry out that work on-site which will cut costs in time and emissions.

Work on the eight-month development started last October and is due to be completed in May.

Stiller’s managing director Matthew Stiller said: “We’ve increased the size of our vehicle facilities and maintenance team by three people over recent months to accommodate the additional facilities and equipment.

“They include a new trailer fitter, a workshop administrator and a facilities maintenance operative.

“We’ve also invested heavily in our own brake testing facility as part of this development. One of the advantages of this is cutting the number of road miles our trailers would have to do in going to third parties for testing.

“This is a significant development for the company which further improves our main operating centre here in Newton Aycliffe.”

The new workshop project was overseen by main contractors McCarrick Construction, based in Chester-le-Street, with the architectural work carried out by Sunderland-based Building Design Northern (BDN) and quantity surveying by DRC Consulting in Durham.

Matthew added: “As with all our developments in recent years we’re delighted to have used local suppliers for the construction and fit-out of this project, supporting local jobs and the local economy.

“They have all contributed to what is an important new development for us which will enable our team to maintain our fleet of vehicles in a more modern environment.”

Stiller’s fleet and facilities manager Herbie Blaser (pictured), who has been with the family-run firm for 50 years, added: “A major advantage of the new workshop is that that it is now large enough to fully fit our longest trailers in it!

“Previously we often had to work on them with workshop doors open, which isn’t much fun in the winter!

“There’s also a purpose-built, adjoining office and training room along with canteen facilities for the staff.

“So having a modern facility like this, along with the brake testing facility, will provide an improved working environment as well as saving the business valuable time.”

Stiller has also invested £550,000 in 14 new HGV trailers and three new trucks which will also increased the firm’s capacity.

It takes the company’s investment in property, facilities and people to more than £12m in the last six years.

More about Stiller can be found at stiller.co.uk.