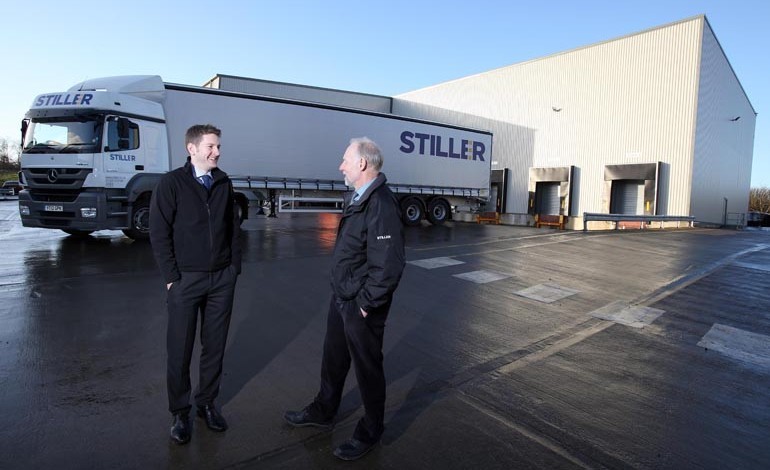 Newton Aycliffe firm Stiller Warehousing and Distribution is marking the end of a strong financial year, with turnover up 23% to £13m.

And the family firm has celebrated by investing £125,000 in five brand new trailers.

Stiller, based on Aycliffe Business Park, provides cost-effective warehousing and distribution services to businesses in the North-East region as well as commercial property lettings.

It’s also a member and major shareholder in Palletline, a national co-operative network of 70 companies.

Stiller forecasts turnover to be at least £13m by the end of its financial year at the end of December – up from £10m in 2014.

It comes after the company has made significant investments in facilities, equipment and people in recent years.

A year ago, Stiller invested in a fleet of 12 new vehicles, including two 12-tonne vehicles, two urban trailers and four long double-deck trailers.

This latest £125,000 spend takes the company’s overall investment in the last two years to more than £5.7m.

Commercial Manager Matthew Stiller – pictured (above) with site and fleet manager Herbie Blaser next to one of the firm’s five new £25,000 trailers – said: “We have had a good strong financial result with turnover increasing and the profitability is there to back it up.

“We’ve been putting a lot of money back into the company over the last four years, and that investment is coming good.

“I believe customers take comfort knowing their supplier is performing well and investing back into facilities, vehicles and equipment.”

Stiller’s five new trailers are made by relatively new manufacturer Tiger Trailers, based in Winsford, Cheshire.

They’re 13.6-metre, straight-frame trailers and have been built to a German engineering standard set out by Cologne-based TÜV Rheinland AG, a global provider of technical, safety and certification services.

Matthew added: “They’re an industry workhorse but they have a fully-galvanised chassis and frame, which means they should be zero maintenance – other than its brakes and electrics – during their lifespan, and we would expect to have these vehicles for up to 10 years.

“The German engineering specification also requires a much stronger than ordinary body and curtain, which forms the side of the trailer, so should they be involved in an accident, they will restrain goods which means road users will be safer.

“They’re fleet replacement, so it is a case of ‘out with the old and in with the new’, but it ensures whatever kit we have out on the road is always of a very high standard and no more than 10-years-old.

“We feel it’s important to continually invest in the best equipment as we’re already seeing a return on previous outlays like this, and this keeps us at the forefront of the distribution market.”

Stiller’s premises on Aycliffe Business Park accommodates goods for companies all over the UK as well as local firms including the likes of Gestamp Tallent and 3M.

But Stiller has also been boosted with extra business from Royal Mail this month in the build-up to Christmas.

Matthew added: “The Royal Mail has their own fleet of vehicles but they bring in external companies like us to deal with the Christmas rush.

“We’ve had a few of our vehicles out on the road moving Christmas cards for the Royal Mail, which is on top of all of the other work we already have on our books, so it’s been a good way for us to round off what’s been an excellent year for the company.”