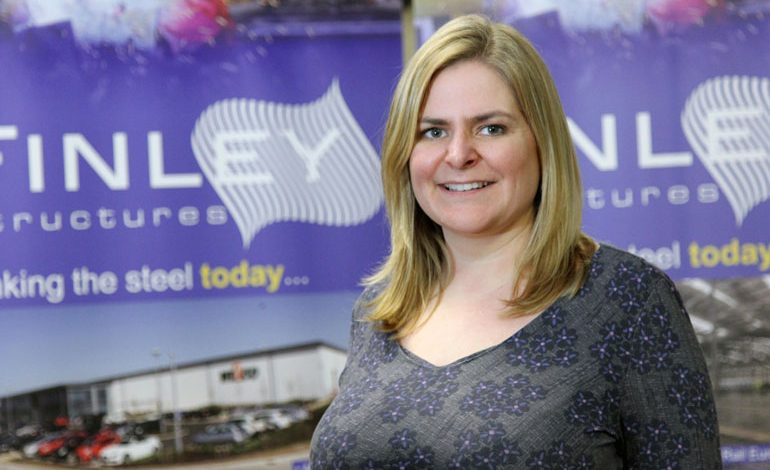 The family-run firm, based on Aycliffe Business Park, is working for the first time with Leeds-based main contractor GMI Construction on a new distribution centre in Lancashire, involving 465 tonnes of steel.

Finley Structures has also won another contract in the education sector as it works on a 640-tonne project for BAM Construction at Doncaster Sixth Form College.

Road haulage giant Fagan and Whalley (F&W) is expanding with a multi-million pound development on Burnley Bridge Business Park – a development which is creating at least 25 new jobs.

The transport firm won planning permission to build a 92,000 square foot distribution hub on a 10-acre site at the complex near the M65’s junction nine.

Finley Structures won the contract from GMI Construction to design and build its steel frame on a site which lies next to power lines.

And the complex nature of the project is proving no obstacle for Finley Structures.

The firm’s commercial director Diane Ruston said: “We’ve had to erect the steel in close proximity to major power lines, and as the building is taller than the lines this is particularly challenging.

“But through the design process, we developed effective solutions to enable the project to be delivered safely and successfully.

“Furthermore, this is the first time we’ve worked with GMI and it’s great to foster another new relationship with a major contractor.”

F&W’s new hub will provide parking for up to 80 trailers, with 10 loading bays and 25,000 pallet locations.

The development will complement the family-run firm’s existing headquarters at Shuttleworth Mead Business Park and satellite centre in Coventry which together employ 300 staff.

The sixth form project follows several recent contracts in the education sector for Finley Structures, after working on a 260-tonne contract at Roundhay School in Leeds for Interserve and a 560-tonne project at Ryde Academy on the Isle of Wight for Sir Robert McAlpine.

“The education sector has been crucial to us over the last couple of years and continues to do so,” added Finley Structures managing director Julie Raistrick.

“We enjoyed a really busy finish to 2016, with an equally busy start to 2017, which is very encouraging.”