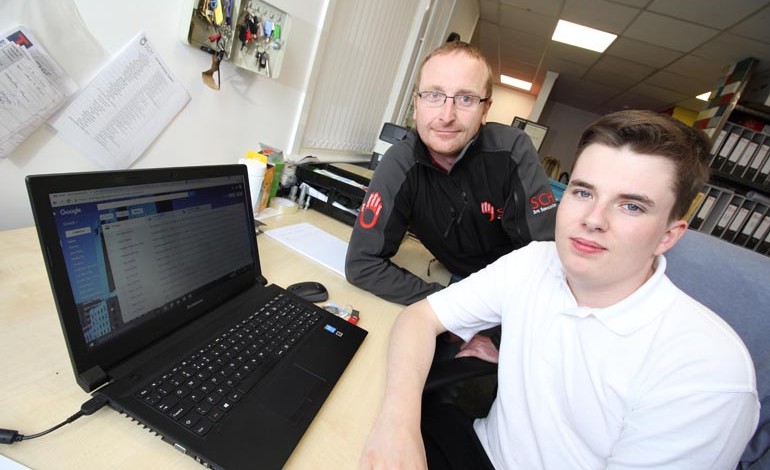 Newton Aycliffe steel company SCH Site Services is looking to add at least eight new members of staff to its team after enjoying another turnover boost.

SCH’s annual sales grew slightly to £4.8m, up from £4.5m in 2015, while it has also won a string of new contracts which is resulting in another recruitment drive.

Now the fabricating firm is looking to add at least eight site staff – Including a foreman, erectors and crane drivers – to bolster its growing team to 48.

SCH has won a contract to work on Belvedere Retail Park at Kingston Park, which is due to start in August, while it’s also celebrating two new contracts from Sir Robert McAlpine – the Durham Gates development in Durham city centre and a refurbishment of the Student Union building at Leeds University.

The Aycliffe firm has also won a contract at BAE Systems, in Barrow-in-Furness, refurbishing a structure which is used in the manufacture of nuclear submarines. They are also working on a new development at GlaxoSmithKline’s (GSK) site in Barnard Castle.

SCH operations director Andy Braid – pictured (above, left) with apprentice Callum – said “We’ve enjoyed a number of new contract wins in recent months which comes off the back of another record year for the company in terms of sales, so we’re delighted.

“We’ve also employed two new office staff and we’re now looking to expand on the site side of the business to accommodate the recent contract wins which will keep us busy well into the Autumn.”

Apprentice Callum, from Ferryhill, joined SCH from a North-East training provider after being shortlisted, along with two others, for interview.

“He’s quickly developed into ordering plant and equipment for our sites, organising cherry-pickers and cranes for projects as well as ordering bolts and fixing for sites,” said Andy.

“His training instructor has said he’s doing more than he should be at this stage of his apprenticeship, so we’re really pleased to see him settle in so quickly.”

Callum added: “Everyone here at SCH is great to work with and has supported me throughout my time here so far.

“I am looking forward to learning more as my time here goes on. Before I started my apprenticeship with SCH I had very little experience within the construction industry, but now I feel like I have been here a lot longer than I actually have.

“Gary and Lynsey Finley have very supportive. As a result of this it has helped me gain vital knowledge which has allowed me to get on with all tasks with confidence.”

SCH recently completed a Glulam (wood) project at BSkyB’s HQ near Heathrow Airport, for B&K Structures, and it has also completed a 150-tonne job building.

Closer to home, SCH recently constructed a 150-tonne project for Huntsman Tioxide at Greatham, near Hartlepool, for a new chlorinator, which involved using 400-tonne crane to complete its complex roofing system.