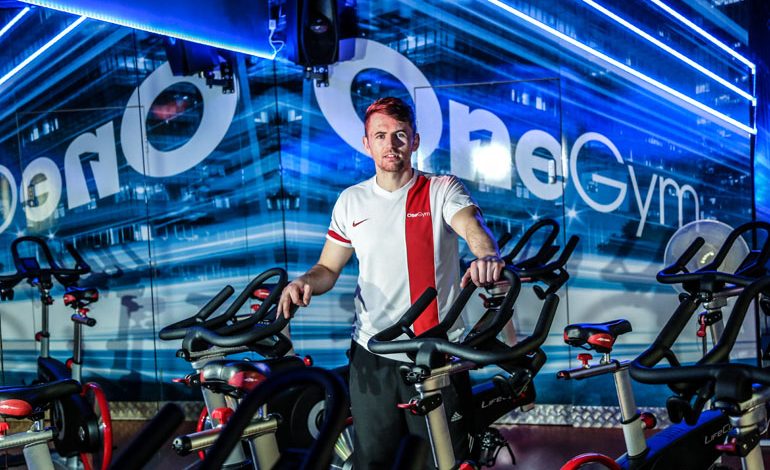 Newton Aycliffe’s leading gym is making sure their members are accessing the latest fitness equipment after investing £75,000 in new state-of-the-art facilities.

OneGym director and fitness fanatic Paul Pearson, one half of the Pearson duo who opened their fourth gym on Teesside earlier this year, have created a purpose-built second studio at their gym along Durham Way South on Aycliffe Business Park.

OneGym have also created a new ‘functional rig’ which enables members to include a range of strength exercises in their work-outs as well as holding regular ‘rig-fit’ classes which are already proving hugely popular.

They’ve also updated their equipment with a number of new plate-loaded machines in an investment totalling £75,000 at their Aycliffe site alone.

It comes after the growing gym empire opened their latest site at Teesside Industrial Estate in Thornaby this year, costing more than £500,000, and also spent £150,000 expanding its first site in Bishop, which originally opened more than five years ago, while its Redcar operation has also been expanded due to rising demand.

Now OneGym are encouraging workers on Aycliffe Business Park to take advantage of free membership (worth £20), which is exclusive to employees on the business park, to access the impressive new facilities as well as their regular classes.

Paul told Aycliffe Today: “We identified that people like to do aerobic classes, but only having one studio limited us in terms of the number of classes we could offer to members.

“So we’ve created a separate studio, predominantly for spinning, which has allowed us to put on two classes at the same time.

“We’ve also invested in a huge functional rig, which is made up of monkey bars, pull-up bars, boxing bags, suspension trainers and ropes, and we also have a new three-lane sled track, where you can push or pull a weighted sled, flip tyres, run sprints and it also includes plyometric jump boxes and battle ropes.

“It’s the perfect environment for functional exercises which are equally suited to individual or class training.”

Paul says it’s key for them to keep abreast of the latest strength and cardio fitness work-outs and equipment so they can keep ahead of the game.

“It’s essential as a state-of-the-art gym to keep up with the latest science,” says Paul.

“If you don’t then you’re just left behind. So we try to stay at the forefront of the latest research and industry trends and keep an eye on what’s happening in the US, as they tend to be ahead of us in terms of the latest classes, machines and new exercises.

“The biggest growth I’ve seen in the last five years has been ladies using free weights and plate-loaded machines because they’re seeing the benefit of strength exercises, so we’ve invested in a range of new plate-loaded machines. They’re ideal for those who prefer to tone, shape, define or add muscle.”

OneGym’s success story continued with the opening of Teesside in January – which followed Bishop in 2012, Aycliffe in 2014 and Redcar in 2015.

And ambitious siblings Paul and David Pearson have earmarked a further two new sites in 2018.

“Both the Redcar and Teesside gyms are doing very well,” adds Paul. “Considering the Teesside area is rife with competition, we’re really pleased with how well it’s going so far.

“We’ve identified two further sites which we’re aiming to open next year, and that will further enhance our offer to members, who can use all our gyms with one membership, which is ideal for people who have to commute to work every day.”

In Aycliffe, OneGym have launched a special ‘Gift of Fitness’ campaign, available until March 31, where non-members can pay £25 and use the gym for one month.

• To enquire about OneGym membership and offers or to book a tour around the gym, call 01325 317005 or email [email protected]. Alternatively, you can find more details at www.onegymfitness.com