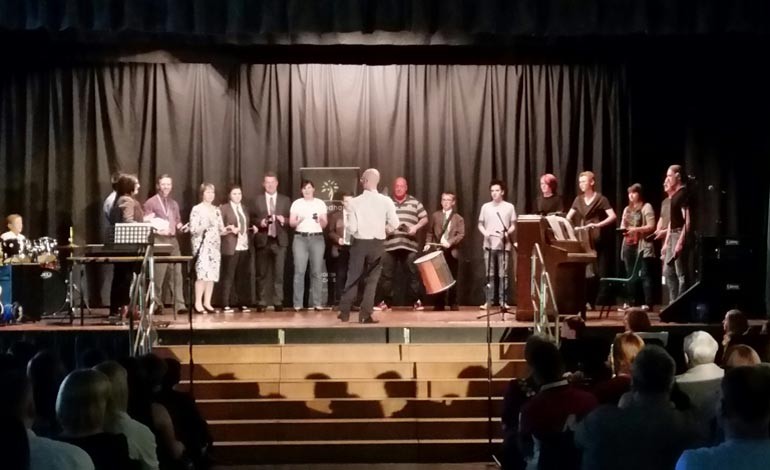 Woodham Academy held its annual summer concert before breaking up for the holidays.

The show opened with the Samba Band. This rapidly became an audience participation piece with Mr Wynd encouraging parents and even Deputy Head Mr Lumb on stage to join the students in their rendition of Olodum Batacada.

The evening progressed with super performances from the Year 7 band playing Drunken Sailor, Broadcast Anarchy with Loose Change and the Woodham Academy Jazz Band performing their own versions of Moves Like Jagger, Skyfall, Superstition and Twist & Shout.

A number of students took to the stage for the very first time, including Y9 pianist Joel Gibson and Y10 guitarist Paul Gray. Both gave excellent performances. Talented pianists Kirsty Knight and Kate Reynoldson gave performances of Home and Somewhere over the Rainbow respectively. Zoe Wheeler gave a lovely performance of Yours by Ella Henderson and Charlotte McAdam was flawless in her rendition of Somewhere Only We Know.

Woodham Sound too were on form with George Ezra’s Budapest and Bruno Mars’ Marry You. Cornet player Amy Taylor played a wonderfully delicate arrangement of Tchaikovsky’s Chanson Napolitaine. Woodham’s Got Talent winners Hannah Bussey and Victoria Witton again took to the stage with their own quirky version of Sam Smith’s Stay with Me.