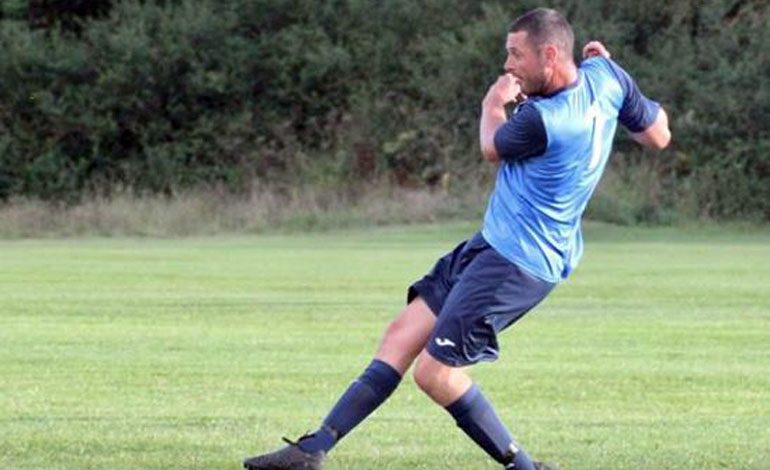 Newton Aycliffe Sports Club were up against local rival Gretna Green in what turned out to be a very close affair.

The Gretna surprised the Sports Club with an early goal on five minutes, with Kyle Cook chipping over Craig Hannant to make it 1-0 to the hosts.

But it was all level on 12 minutes after Anthony Campbell’s cross into the box found Kieran Jordan to tap in the equaliser.

The Sports Club got to grips with the game and played some neat football but without threatening the homes side to much in the final third.

The best efforts fell to Darren Bosomworth, firstly he couldn’t take advantage of a one-on-one with the ‘keeper and his second blazing effort was well saved by the Gretna shot-stopper.

Sports Club started the second half strongly. Jimmy Cameron was the first to test the Gretna’s resolve, shooting just wide of the post shortly after the break.

Slowly but surely the Gretna got back into the game and started to force the Sports Club back into their own half as they looked to take the lead again.

It took until the 75th minute for the away team to take the lead, with Callum Farley’s low cross finding Jordan again to get his and the Sports Club’s second.

The Gretna continued to push on looking for an equaliser but with two great chances which unfortunately went high and wide.

With chances not being taken, the Gretna were made to pay when Farley’s shot crept past the home team’s keeper to make it 3-1.

The Gretna refused to give up and in the final few minutes and got their second goal from a corner, but the Sports Club managed to hold on for all three points.

The Sports Club are away to Spennymoor Ash Tree this weekend, hoping to make it three wins in a row and push on before hosting Wear United from Sunderland in the County Cup at Moore Lane.