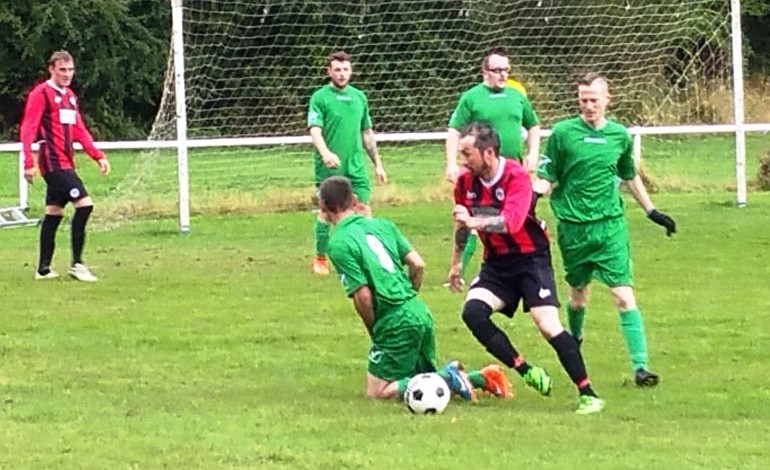 The first round of the Sunday County Cup saw Newton Aycliffe Sports Club drawn away to Stanley Imperial Hotel.

It didn’t take the away side too long to make a mark on the game with early pressure leading to a corner which was stabbed in by David Teder at the far post.

On the 10-minute mark a miskick from leading marksman Chris Jones fell kindly to Dan Robinson who slotted home to make it 2-0.

With rain starting to come down the game lost its way for a short while with neither team taking any sort of advantage but on the half hour mark Chris Jones was allowed to run through the defence and force the ball past the keeper to make it 3-0 going into the break.

With the away side looking comfortable Sports Club made four changes at the break. It was a mistake which led to the next goal when a back pass was inadvertently picked up by Sports Club Keeper Shaun O’Hara leading to a free kick inside the box which was smashed home by the Stanley Side.

The moment was short lived however as from the kick off the ball found its way straight to Chase McMullen who got in behind the defence and smashed home to make it 4-1.

Tommy Young was next on the scoresheet, heading home his second goal in as many games from a well-worked corner. Chris Jones, back on for the injured Chase McMullen finished the game off but it took three attempts to slot the ball home and snatching the man of the match award.

The win has earned Aycliffe Sports Club a home tie against Peterlee Catholic Club in the next round which is due to be played at Moore Lane on Sunday 18th September.