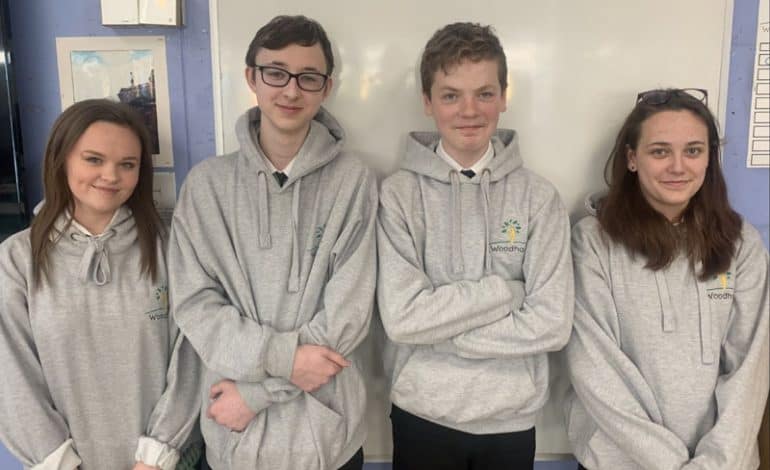 Recently the school have held a number of events to promote this. To date, students have raised a large amount of money through their fundraising initiatives.

This money has been donated to the Great North East Ambulance Service, which is a charity chosen by the school’s Student Ambassadors.

Every half term the school holds a collapsed curriculum day. In the most recent day, students in Year 11 focussed on becoming actively involved in their local communities.

They looked at examples of active citizenship around the world, using examples such as Malala Yousafzi, Marcus Rashford and Greta Thunberg, before considering how they would like to make changes within their locality.

One particular group of students developed a project around their respective Scout and Duke of Edinburgh groups in Aycliffe Village.

Due to development, the land they currently use with the group is to be changed into houses.

This meant that the group would no longer have an outdoor space to meet or to store equipment.

Sam Leary, a senior scout, helped by Ellie Griffiths, Joshua Joice and Matthew Butterworth, set about trying to raise awareness for this issue that effects our local community.

The group produced several resources including posters and petitions.

They wrote to the local council representative, Cllr Jim Atkinson, and MP Paul Howell, both of whom took the issue on board.

An emergency meeting was held with the local council, leading to a new field being located, and a pledge to fully develop the site for the scout group.