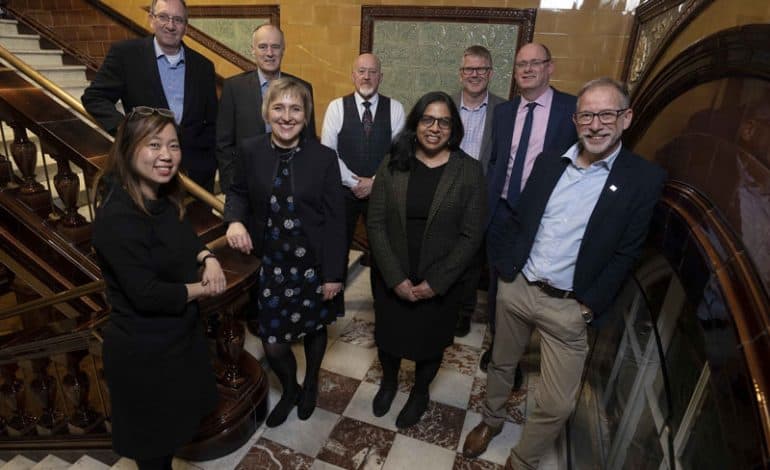 The North East Space Leadership Group has been newly formed to shape the vision, mission and strategy for the growing space sector in the region.

Made up of a diverse range of stakeholders, from senior figures within the industry to academics, public sector and government representatives, the group will support the development of the space cluster in the North East with a focus on nurturing business growth and employment opportunities.

The news echoes the UK Government’s strong ambitions to make its mark as a space nation.

By 2030, the UK Government aims to capture 10 per cent of the global £490bn space market, and the commitment to meet this vision is reflected in the UK’s first National Space Strategy which was launched in September 2021.

The work of the group will build on the significant development work already invested through the North East Satellite Applications Centre of Excellence (NESACoE) since 2014, and as such the group will be working closely with the centre to deliver the region’s space strategy.

Business Durham, the business support service of Durham County Council, has led NESACoE, which is based at NETPark in Sedgefield since it was established, engaging with over 700 organisations, establishing links between 300 business and universities, and helping companies secure over £10 million worth of funding.

Business Durham will act as the secretary of the North East Space Leadership Group – which will meet on a quarterly basis.

The group will be chaired by John Bone, currently the Chair of the North East Satellite Applications Centre of Excellence and Chief Commercial Officer of RHEA Group, with a rotating chairing system every three years.

He said: “In the North East, and indeed across the UK, the space sector has been growing with added momentum in recent years. This presents a unique but very substantial commercial and economic opportunity for our region.

“By working across a diverse range of backgrounds and organisations, the North East Space Leadership Group aims to boost collaboration and maximise research and commercial opportunities for companies working in the space sector.

“It’s our hope that this work will put the North East on the map as one of the key driving forces behind the UK’s up-and-coming space sector and attract existing and start-up businesses and inward investors.”

The North East Space Leadership Group will be representative of the current space sector and supporting agencies in the North East and the UK with stakeholders in the region.

Colin Baldwin, head of local growth strategy at the UK Space Agency, said: “We are working with our partners to level up the space sector across the country and help companies grow with support networks, funding and advice.

“The North East Centre of Excellence in Satellite Applications has played a key role in strengthening the space ecosystem in the North East.

“We welcome the establishment of the North East Space Leadership Group which will complement the work of the Centre of Excellence, driving growth and creating jobs across the region.”

Sedgefield MP Paul Howell said: “The North East Space Leadership Group has the opportunity to ensure that the voices of businesses, academics, local authorities and political leaders are fully aligned and motivating the many exciting opportunities for Space developments in the North East.

“I have met many players in this important arena and I look forward to participating fully in this initiative.”

Details of the North East Space Leadership Group were announced at a sector-wide conference, hosted by NESACoE, on Tuesday (March 2) at Radisson Blu in Durham, to explore the current priorities for the space sector in a series of seminars and workshops.