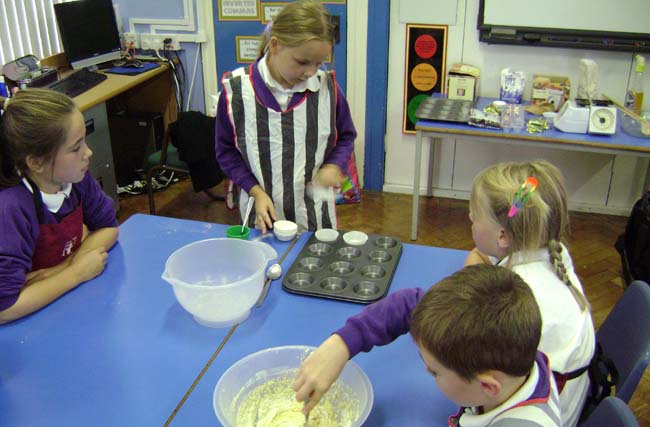 The bell rings to end the school day at Stephenson Way and a wave of excitement ripples through the classrooms.

However, this excitement isn’t for home time; it is because for many pupils their day in school isn’t over, as they will be attending one of a wide range of extra-curricular activities organised by staff at the school.

The school already has a selection of successful after school clubs. History Club has ran for an incredible 15 years and has a rich tradition of winning the prestigious “Spirit of Normandy Award”.

Art club has provided a fun atmosphere in which to create some impressive artwork. Football and netball clubs have both produced trophy winning sides over the past several years whilst the gardening club has overseen an astonishing redevelopment of the school’s garden area since starting earlier this year.

All of these clubs will return during the school year, but they will also be joined by a host of new clubs as the school looks to broaden the horizons of the children by introducing new and exciting after school opportunities.

Children will have the chance to have a go at a range of arts and crafts. The aforementioned art club will continue in the juniors, whilst the infants will also now have the opportunity to attend arts and crafts sessions.

A knitting circle and a cross-stitch club will be new to most children and give them a chance to develop needlework skills. Clay modelling will also be available, giving children the chance to sculpt and shape with their hands.

A performing arts society has been formed to allow the children to express themselves through singing, dancing and acting. The club hopes to build on previous successes in this area which has seen the school perform in area events in dancing and raised money and morale whilst choir singing around the town.

There are high hopes for the cricket club when it starts up next summer after success for the Year 5 team at the ASDA Kwik Cricket festival last year. Children will also have the chance to experience a tag rugby club as the school continues to promote and expand our team sport prospects.

Whilst the sports clubs benefit the body there will also be opportunity to nurture the mind. A chess and draughts club will aim to promote tactical thinking and consideration.

A debate club will look to improve a child’s ability to construct an argument whilst discussing some current hot topics in children’s lives whilst a thinking club will try and make children think about the world in a different way. Advanced ICT will allow children confident with computers to test themselves further by delving into animation and discovering what else can be done with a computer.

Cookery club (pictured) will give children the opportunity to bake a range of scrumptious treats from scratch. Showing children that the effort that goes in to creating something yourself makes things taste that much nicer.

The clubs will all start at various points throughout the school year, meaning the after school schedule will be packed full of activities term on term.

Woodham Academy are hosting two open sessions for the parents of 2022 year 6 parents next...
Community

Newton Aycliffe’s former town clerk has become only the fourth person to be made an Honorary Freeman of...
Community

A Newton Aycliffe charity is aiming to relaunch its once popular community café. The Pioneering Care...
Sep 20th 10:32 AM
News