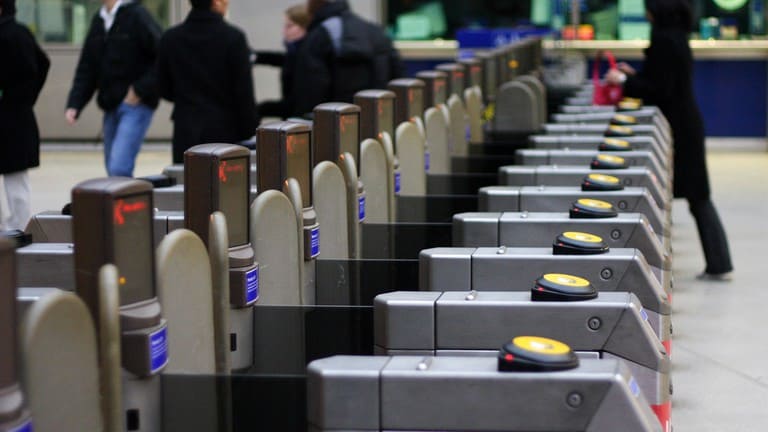 Ticket barriers could be removed with new technology being developed and trialled by Aycliffe manufacturer Hitachi Rail.

Prototype technology currently being tested could use sensors on trains to detect an app on passengers’ smartphones as they board.

There would be no need to remove the phone from pockets or bags and no need for station barriers, signalling an end to queues at the barrier or ticket machine.

Passengers will be automatically charged the correct fare, and Hitachi already has proven smart ticketing technology to ensure the passenger will not be overcharged.

The technology will now undergo a rigorous testing programme for Trenito Transporti in Trento, Italy, with Hitachi hoping to bring it to the UK for use on buses, trams and trains.

Hitachi Rail managing director Karen Boswell said: “This technology has the ability to transform public transport in every corner of the country, from rural buses to city centre train stations.

“The common travelling woes of queues at ticket machines or trying to find the cheapest fare could be solved without even needing to reach for your pocket.

“We are now beginning to test this technology and looking at the possibility of one app working across large stretches of a country. For example, a passenger could use the app to take a bus in their local town and a train elsewhere in the country all in one day.

Ms Boswell added: “This technology could have potential to make public transport more accessible for all passengers.

“We believe this would also be good news for operators, who can entice more people to use public transport thanks to this simple-to-use payment method.”

For example, one method could be sensors detecting a travel app installed on a smartphone, allowing a passenger to enter a train or bus without presenting either a paper ticket, bankcard or smart card.

The sensors could have potential to detect the smartphone in a passenger’s pocket or bag at both ends of the journey.

Large queues and bottlenecks around ticket barriers could be removed by installing smart sensors at the entrance to platforms or vehicles.

The technology can be applied to all forms of public transport, including buses and trams, allowing faster boarding times.

Hitachi has long pioneered smart ticketing apps which are connected to your payment card. For example, in 2001 Hitachi software launched a card used across Japan (known by tourists in Tokyo as the Penguin card).

Results from the new proof of concept work in Italy will help inform the best ways to apply this technology in the future.

As well as building the world-famous Japanese bullet-trains, Hitachi has significant expertise in smart ticketing technology.

Hitachi’s smart travel cards in Japan are used over 50 million times a day across 100 different modes of transport, and can even by used on tourist attractions and in shops.

The company has already invested significantly in the UK by establishing a £100m state-of-the-art train factory in the Newton Aycliffe.

By 2022, the company will have 286 trains running in the UK, each boasting advanced smart technology to improve performance and passenger experience.