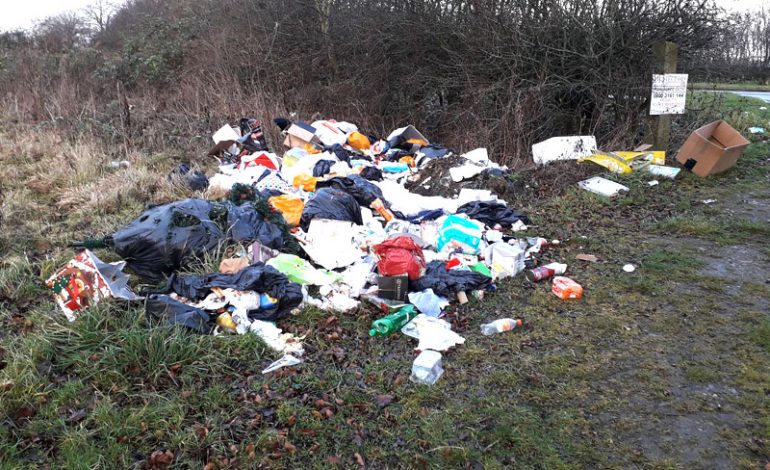 Two women from Shildon and Chester-le-Street have been prosecuted for flytipping offences.

In January four binbags full of rubbish, namely household waste, were dumped outside of the Household Waste Recycling Centre (HWRC) at Romanway Industrial Estate in Bishop Auckland. A number of letters linked to Brearley were found when the site was investigated.

The 55-year-old appeared at Newton Aycliffe Magistrates Court where she pleaded guilty. In her defence she said she took her household waste to the HWRC and left them outside because it was closed.

She was given a conditional discharge of six months and ordered to pay costs of £130 and victim surcharge of £21.

In a separate case, a neighbourhood warden was deployed to Prospect Terrace to investigate reports of rubbish, namely household waste and dismantled furniture, being left in a back lane in January. The warden found evidence identifying 29-year-old Smith as the perpetrator.

The defendant advised that she had put the waste out to be collected as she thought it could be taken away by the refuse collectors. The warden offered her advice and explained the ways in which she could lawfully dispose of the bulky waste.

In February following more complaints about waste continuing to be dumped in the back lane, the warden issued the defendant with a fixed penalty notice (FPN).

The FPN went unpaid and the defendant failed to attend court when instructed on three occasions. A warrant for her arrest was issued and she was subsequently brought to court.

Smith said she had never received the FPN, however it was sent to her home address by post, as well as a further reminder letter which was sent in March. She also said that other people were adding to her waste of the dismantled furniture, which the magistrates agreed with.

She was fined £180 and ordered to pay a contribution towards the cost of £85 and a victim surcharge of £30.

Ian Hoult, Durham County Council’s neighbourhood protection manager, said: “There are a number of ways to dispose of waste and rubbish responsibly. Our bulky waste removal service can take your waste away and dispose of it for a small fee.

“The majority of our free to use HWRCs are open seven days a week, unless there are adverse weather conditions. You can check our Twitter @durhamcouncil for regular updates.”