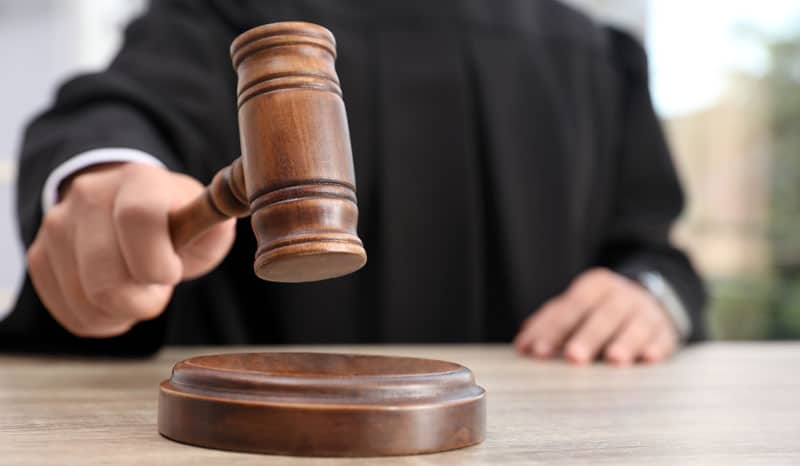 A rogue trader who failed to carry out proper repairs to household appliances or deliver new goods after customers had already paid him has been given a suspended prison sentence.

Richard Andreas Allsopp accepted money from a number of people for work such as fixing dishwashers, ovens and fridges but in many cases failed to turn up and in some even failed to deliver goods he had agreed to provide.

Allsopp, of Redworth Road, Shildon, has previous convictions for offences against the Consumer Protection from Unfair Trading Regulations and in 2018 was disqualified from being a company director for five years.

The latest investigation was launched by Durham County Council’s Trading Standards Team after complaints were made about Premier Appliance Repairs, a sole trader business belonging to Allsopp.

One incident took place in April 2019 when Allsopp, 42, quoted a woman £100 to fix her dishwasher. After failing to return to carry out the work within the agreed three to five days, he returned the next month only for the dishwasher to stop working days after working on it.

After saying he would take the dishwasher to his own workshop to find out the cause of the problem, Allsopp failed to return the item, despite the customer trying to contact him.

In another incident, Allsopp agreed to repair a fridge and provide new fridge and freezer units to a Newton Aycliffe woman who is a carer for her daughter. Despite paying him £577 the repairs were never carried out or the new appliances delivered.

Allsopp pleaded guilty to six counts of fraud, admitted two counts of acting as a company director to A & R Electrics (North East) Limited and A & R Domestic Appliances Limited while being disqualified, and three counts of failing to act with professional diligence.

In a sentencing hearing at Durham Crown Court, Judge Ray Singh said Allsopp had been “ripping customers off” and that their trust and confidence in tradespeople was eroded as a result of his actions.

In his defence Allsopp said he was not very good with paperwork and had worked hard to put his matters in order since the offences took place. He was given credit for his early guilty pleas.

Judge Singh gave Allsopp a six-month prison sentence, suspended for two years, and ordered him to carry out 30 Rehabilitation Activity Requirement days. He was also ordered to pay £487 in compensation to his victims and £500 in costs and made subject to a three-month curfew.

Joanne Waller, Durham County Council’s head of community protection services, said: “Allsopp’s actions have left a number of customers counting the cost and their faith in tradespeople has been damaged as a result.

“Despite already being made the subject of a court order he shamelessly continued to offend, causing the victims a great deal of stress.

“As a council we continue to investigate any suspected fraudulent activity and we hope Allsopp’s convictions act as a warning to anyone thinking about scamming residents.”