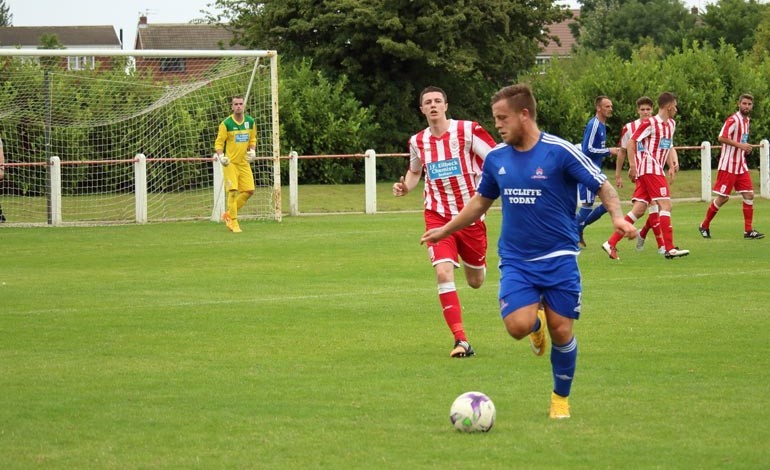 After three successive wins Aycliffe went down to a single goal loss at Seaham Red Star.

It was a disappointing result for a team who had made an impressive start to the season. Red Star’s goal came after just five minutes when Liam McBryde headed on for Nicky Kane who sent his shot across James Winter’s goal and into the bottom corner.

Aycliffe had numerous chances to equalise starting with an effort just three minutes after the goal with Dennis Knight trying to chip the Seaham keeper who was able to stretch to get a hand on the ball. Knight had a penalty appeal turned down on 21 minutes after appearing to be tripped in the box.

The second half saw many more chances for Aycliffe but despite the forwards’ best efforts they were unable to find the net.