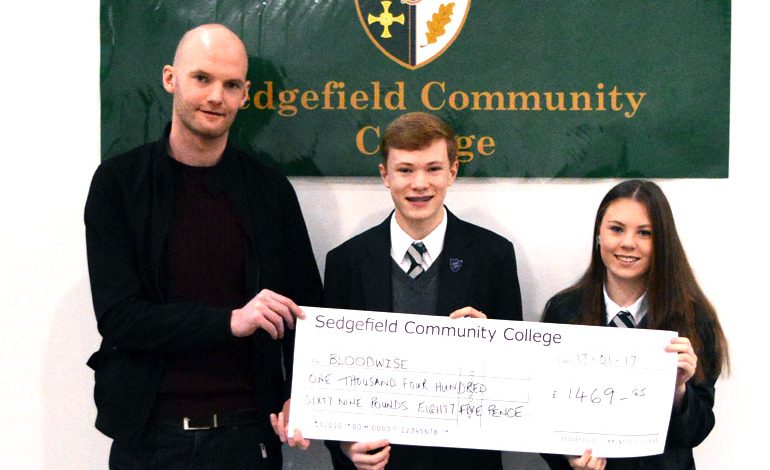 A dedicated fundraiser has vowed to continue to raise money and awareness for cancer charity group Bloodwise, after seeing recent contributions under his #NotOneInch banner exceed £25k.

Paul McGeary, from Newton Aycliffe, was 33 when he was struck with Acute Promyelocytic Leukaemia just over two years ago, and despite beating the disease in 2015, he suffered a heartbreaking relapse in July 2016.

Throughout the whole ordeal, McGeary busied himself raising funds, and with the help and encouragement of family, friends and strangers alike, efforts in the 24-month period accumulated £24,112.38 prior to Christmas.

McGeary was buoyed just days into 2017 when he received a phone call from Sedgefield Community College – the school where he works as a Maths teacher – to say that staff and pupils had raised almost £1500, meaning the £25k mark was eclipsed, bringing the current total raised to a whopping £25,582.23.

“I was made aware that school were raising monies, but I had no idea contributions would reach anywhere near £1500. I almost fell over when I was told of the total amount,” said McGeary.

“I couldn’t have been much prouder of the efforts of the students and my work colleagues, and it gives me the motivation to not only continue to raise further funds and awareness, but to also beat this disease a second time and lead a normal life again, including a return to work.”

Previously, staff and students from the high-achieving school – which recently featured in The Sunday Times online list of the UK’s top-50 11-16 schools – had raised £700, meaning almost 10% of the total amount has come via their efforts.

A school spokesperson added, “School supports many nominated charities, but when student representatives were asked who they wished to raise funds for via their annual non-uniform day and Christmas celebrations, they unanimously agreed it should be for Mr McGeary’s #NotOneInch campaign.

“The students have followed his story from day one, and have really bought into the message of raising vital funds and awareness for Bloodwise. It is testament to them that their efforts have helped take donations beyond the £25k milestone, and they should be really proud, as we are of them.”

As well as raising funds and awareness to support Bloodwise, McGeary has recently launched a campaign to get more people signed up to the bone marrow registry, as he himself seeks a donor to further improve his chances of beating leukaemia for good.

People aged between 16-55 who are deemed to be in good health, can find out more by visiting www.anthonynolan.org and www.dkms.org.uk