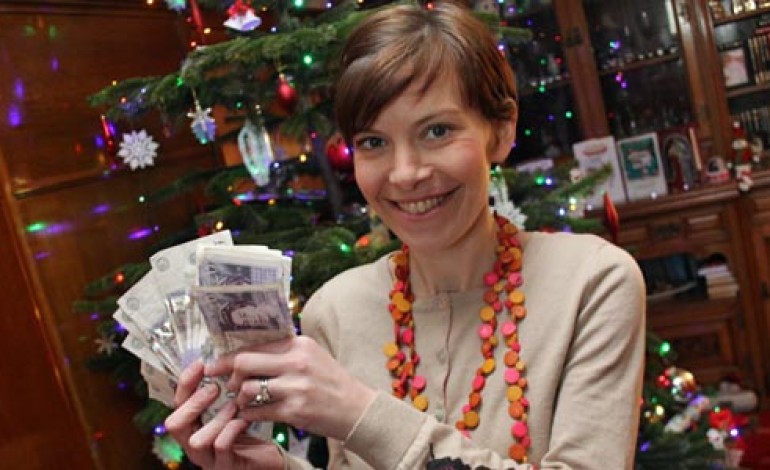 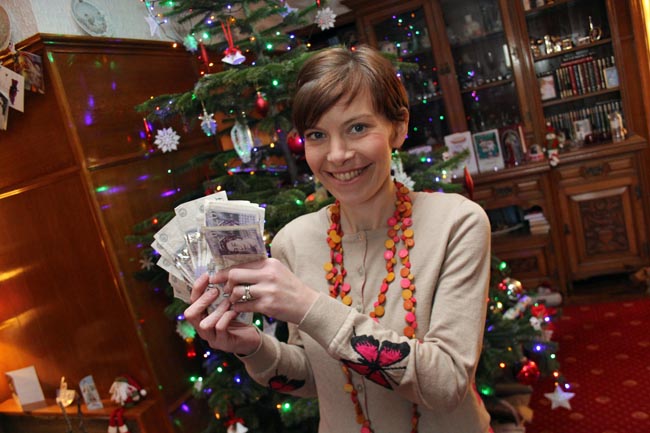 The 35-year-old art teacher says she was “delighted” to have picked up the prize after returning from a Christmas holiday at the weekend.

Sarah was drawn at random from all the correct entries in our competition, which was drawn on Christmas Eve.

She correctly told us that Hitachi is the company behind the new train-building factory on Aycliffe Business Park.

“The money will certainly come in handy at this time of the year!” Sarah told us.

“Although I think the money was pretty much spent before we’d received it!”

The win comes at a special time for Sarah, who two years ago was told she wouldn’t see another Christmas as she battled ovarian cancer.

But thankfully she made a full recovery from the illness, and we were delighted to hand over the cash to Sarah on Tuesday.

A huge thank you to everyone who entered and supported the competition.