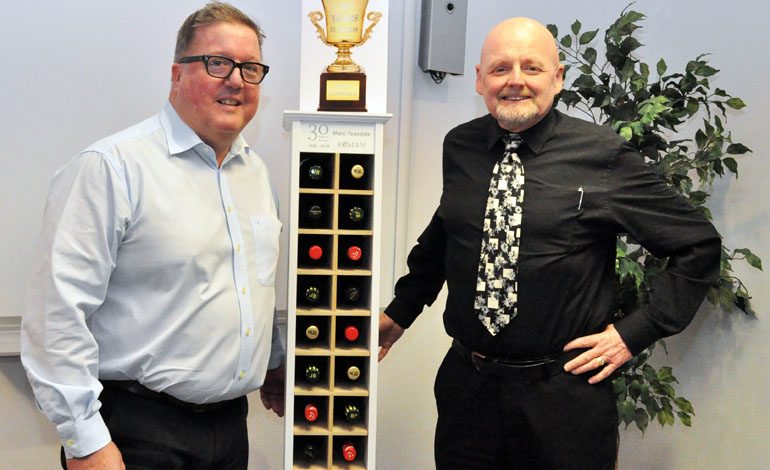 Marc Teasdale – pictured above (right) with Roman managing director David Osborne – joined the Aycliffe firm in January 1988 as one of the original team of sales managers.

Since then he has worked his way up to northern sales manager and now his current role as contract sales director.

Marc focuses on Roman’s relationships with key housebuilder partners, merchants and hotel groups, and has become a well-known face and personality in the industry.

Marc’s son Karl joined Roman in 2015 as an apprentice in the research and development department and is aiming to achieve his NVQ Diploma in Engineering Technical Support this year.

MD Osborne said: “Marc is our longest-serving member in the business, having joined us almost at the beginning.

“He is trusted and well respected both within the business and with our customers and he has always been great fun to work with.”