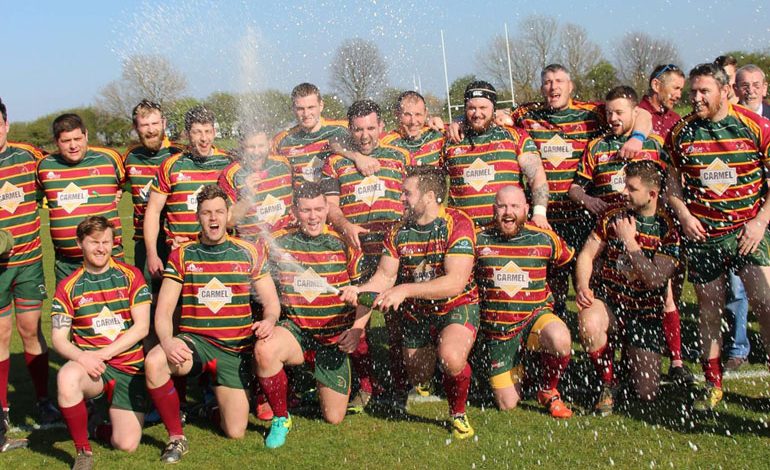 Newton Aycliffe Rugby Club have shown an incredible turn around in form over the past five years, going from a club close to folding to a thriving hub of rugby with two successful teams.

This was no more evident than at their ‘promotion party’ last Saturday, where over 50 players took to the pitch representing NARUFC.

The weekend’s events showcased the very best of the Aycliffe based rugby club.

Not deterred by the Newtonians’ opponents refusing to travel for another probable defeat, the players rallied around and had a 30-man squad match to the delight of the growing pitch side support.

The quality of the players and numbers for this squad match really epitomises how far the Newtonians have come over the past 2 seasons, from having no 2nd team at all to now winning the Tees Valley Social League.

Craig Holmes, Newtonians captain said: “It’s hard to sum up a season like this with a few words. 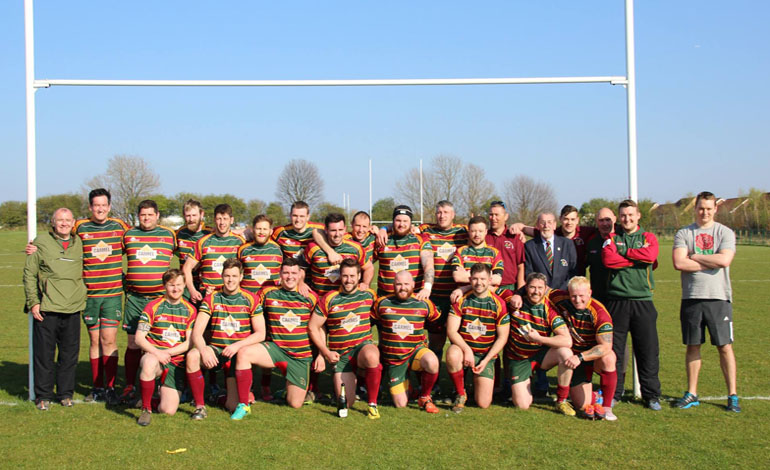 “We have gone from the depths of tragedy, losing our friend and team mate Terry Parsons, to the dizzying ecstasy of winning the league.

“To go through a searching journey like that and only lose two games in your maiden league season, is a testament to our players, coaching staff and club as a whole.

“Words can’t begin to describe how brimming with pride I am to wear the Aycliffe RUFC colours, both on and off the field.”

The festivities were building throughout the afternoon, with music playing, beer flowing and the BBQ Cab Co. stoking up their BBQ and serving the most amazing burgers for the supporters and players.

The BBQ Cab Co. were also the Match Sponsor for the day.

As the 3pm 1st XV fixture against Jarrovians started to draw closer, the supporters kept on arriving to join in the fun, with a conservative estimate of 300 people in attendance to see the team play their last game of the season.

Just before kick-off saw the highlight of the day with 23 young mascots running out with the players. This image will last long in the players and proud parents minds for years to come.

The 1st XV match was a very one sided affair with Aycliffe playing some emphatic rugby and entertaining the large crowd. Jarrovians showed some pockets of resistance in the 2nd half but Aycliffe were never going to let anything spoil their day, finishing the match 102 – 5 winners.

Thank you to Patrick Lonergan Recruitment for being Match Ball Sponsor for the game.

Saturday’s match saw the end of the 1st XV’s league campaign which turned out to be the most successful in the history of the club.

The team only lost one (very close) match and won every other fixture in a convincing manner, showing that they are ready for the step up in leagues.

Next season will see some exciting local derby matches against the likes of Darlington, Bishop Auckland and Sedgefield rugby clubs.

No doubt, a newly-promoted club like Newton Aycliffe will be a targeted win for all the other teams, based on this year’s performances they will be getting more than they bargained for.

Alex Lineton, 1st XV captain, said: “We have had a great league campaign this season that goes without saying, however this is just the start for our rugby club.

“We will be looking to build on what we have achieved so far and plan on pushing forward in the league above.

“Everyone involved in the club will now need to up their efforts even more to ensure we carry on performing both on and off the pitch; if we do this there will be some ‘shocks’ next season!

“We will enjoy the presentation evening this coming Saturday, before having a well-earned rest, then the building will start for DN2.”

To find out more about Newton Aycliffe Rugby Club have a look at our social media and web pages.

Pre-season training will start in June, so keep an eye out for the dates.