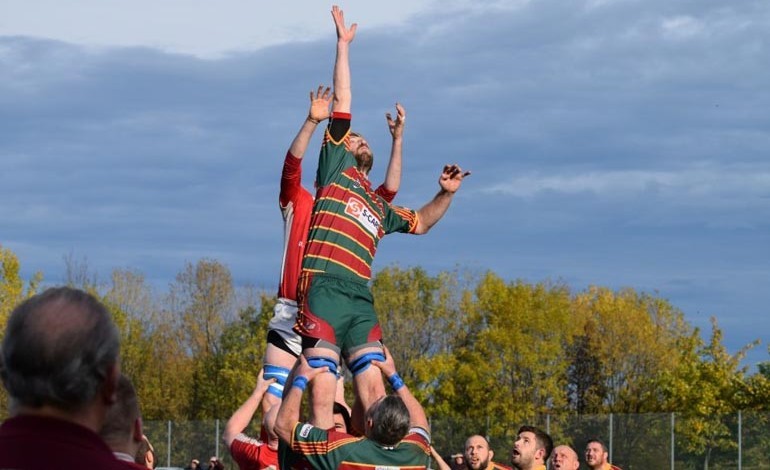 Newton Aycliffe stretched their unbeaten league run with another convincing win – this time at Seaham.

The weather forecasters got this one totally wrong no howling gale no torrential rain but there was bright sun light and a cloudless sky.

Seaham’s pitch is well known for being heavy under foot but despite draught conditions this surface was a real quagmire.

A few cry offs saw veteran hooker Mark Affleck taking up the loose head position in the scrum an unfamiliar position for him at thirteen stone and five foot tall he was bound to struggle against a massive Seaham front row or so the experts would have you believe Affer had a storming game, he never took a backwards step all afternoon, himself Jamie Whelan at hooker and Jeff Hodgson at tight head played really well.

Captain Andrew Littlefair scored the first try James Thacker the second both converted by Luke Tinkler. Adam Gascoigne scored in his favourite corner and Thacker doubled his tally with a neat interception on the halfway line and left several defenders in the claggy mud.

Half time saw Aycliffe leading 24 – 0 and the bonus point in the bag for scoring four tries.

The second half played out much the same as the first to be fair, Seaham showed plenty of hard work and aggression in the tackle area but Aycliffe dominated the line out, thanks to a great performance from second row Neil Morgan, winning the majority of the balls thrown in from both sides. Nick Coates made the most of all the ball created by the forwards giving Gaz Parsonage an armchair ride at stand off where he opened the doors for the backs to thrive despite the soggy surface.

Luke Crossen scored the first try of the second half which was again converted by Tinkler. The backs began to run everything and great handling created gaps in the Seaham defence resulting in a further try for skipper Littlefair. Luke Tinkler at this stage fell out of love with the kicking tee apparently it was too tall or too small and not level.

A few changes were made in the Aycliffe line up, Connor Blakey making his first team debut coming on at second row and Chris Richards coming on at inside centre.

Seaham scored a consolation try and very good it was too Seaham stand off in a moment of Jonny Wilkinson like magic drew the Aycliffe defence to him before kicking the ball with unbelievable precision to the wide winger who caught it on the full to score the try. 36 – 5.

The Firsts weren’t finished yet, James Thacker smashed Seaham’s biggest player as he attacked the heart of the Aycliffe defence, he then drove him back five metres, ripped the ball off him, side stepped two defenders to glide over the line for his hat trick. After more fantastic handling in the backs Luke Crossen crossed the line for NARUFC’s eighth try of the game. Nick Coates kicked the conversion.