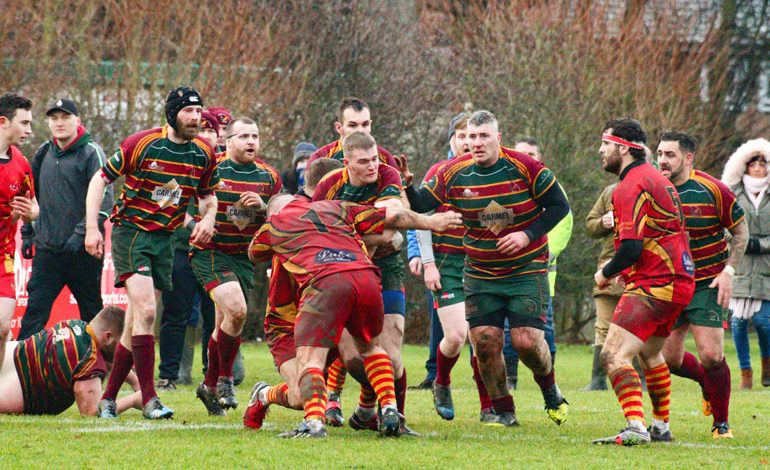 Newton Aycliffe’s first team slipped into the bottom two of the Durham and Northumberland second division after they were comfortably beaten at home to Whitley Bay Rockliffe.

With relegation rivals Richmondshire winning at the weekend to leapfrog Aycliffe, they dropped into the drop zone after a third straight defeat.

Aycliffe took to the field with a strong squad featuring a number of Newtonians (second team) players whose performances warranted inclusion in the First XV.

The game started perfectly for the home side, with Aycliffe immediately surging into the WBR half, making metres from every phase, and presenting clean ball to allow scrum half Richie Brown to supply quick ball from the base of the ruck. WBR worked hard in defence, however the First XV wanted it more, and spent the first quarter almost exclusively in the WBR twenty-two, the final execution just stopping them taking the points they arguably deserved. 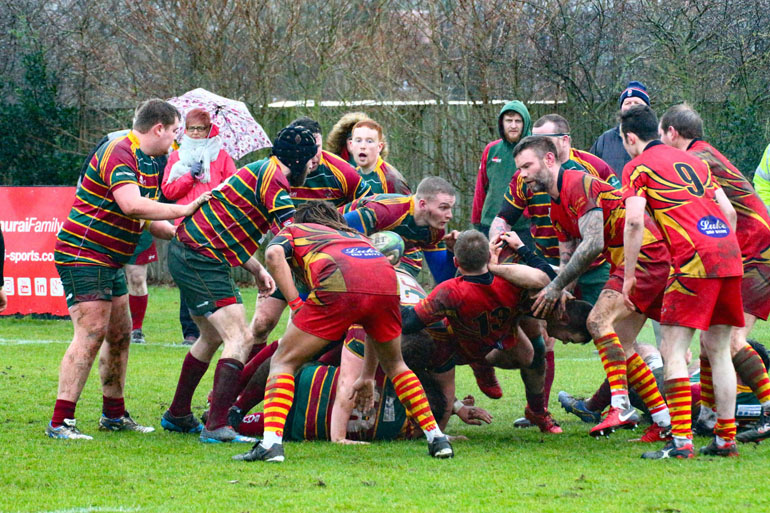 On 25 minutes, Aycliffe again surged forward, first through number 8 James Thacker, who broke the defensive line, before releasing Luke Tinkler with a deft offload. The pack then took control, with pick after pick making the hard yard close in to the breakdown, led from the front by Captain Jamie Whelan. Following a massive carry from Linden Dixon, WBR infringed and gave the penalty which Alfie Wilson quickly tapped, crossing at the feet of a defender, only to be called back by the ref who claimed not to have seen the tap taken. Aycliffe then elected to take the three, with fullback Tom Prior dissecting the posts to take the home team into a well-deserved lead.

The restart was well contested by the visitors, who regained possession and following an excellent backs move, cut through the defensive line to cross under the posts, taking them into the break in – given the balance of possession and territory – what felt like an ill-deserved lead.

Aycliffe returned to the field with a point to prove, but the visitors had clearly been subjected to a half time talk which involved multiple four-letter words, as they seemed a different side, scoring just three minutes into the second half, as they worked hard through the backs and exploited an overlap. The following fifteen minutes saw both teams batter one another in the midfield, with each making yards before giving a penalty or suffering a turnover which then returned possession to the opposition.

The visitors struck again on fifty-seven minutes, kicking for touch and taking a lineout ten metres out, which was not sacked, and formed an excellent maul, which, once it began moving toward the line, became inexorable. The next try came ten minutes later as the visitors worked almost the exact same play, with a lineout nearer to the line which was then mauled over. The visitors struck again on seventy six minutes, crossing as a result of a mis-tackle which gave them a twenty six point lead.

However, it was the home side who were to have the last word, with hard work in the midfield giving them a penalty which was kicked to touch on the five-metre line. The lineout was stolen, but Aycliffe did not give up, with Alfie Wilson charging through to smash the ball carrier over the line and dislodge the ball, which was dived upon by eight man James Thacker to take the home side to eight.