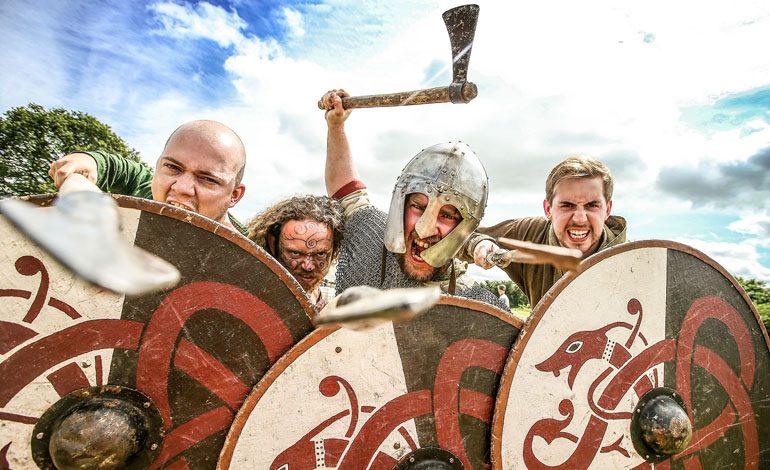 A battalion of Roman soldiers is preparing to march on County Durham this weekend.

Foot soldiers, cavalrymen and barbarians will be setting up camp at Binchester Roman Fort, near Bishop Auckland, on Saturday, 14 and Sunday, 15 July for the site’s annual Roman Festival.

As well as speaking to traders and artisans, visitors will be able to find out more about Roman military skills such as archery, slingshots and catapults.

There will also be live battles between soldiers and barbarians, courtesy of re-enactment groups including Roma Antiqua and the Mercenaries, while cavalryman Barbaratus will demonstrate his fighting skills.

The weekend will also provide an opportunity to view the new building which has replaced the aged structure which had previously covered the remains of Binchester’s Roman bathhouse.

Elaborately decorated with murals, the interior of the building has been designed to replicate that of the original baths. It also offers much improved protection from the weather for the valuable remains.

Guided tours of the site’s current excavations will also be available.

David Mason, Durham County Council’s principal archaeologist, said: “Our Roman festival is a fantastic family day out and a great opportunity to find out what everyday life was like for the Romans.”

Activities and demonstrations begin at 11am on both days, with the programme repeated at 2pm. For more information visit www.durham.gov.uk/binchester or call 01388 663 089.