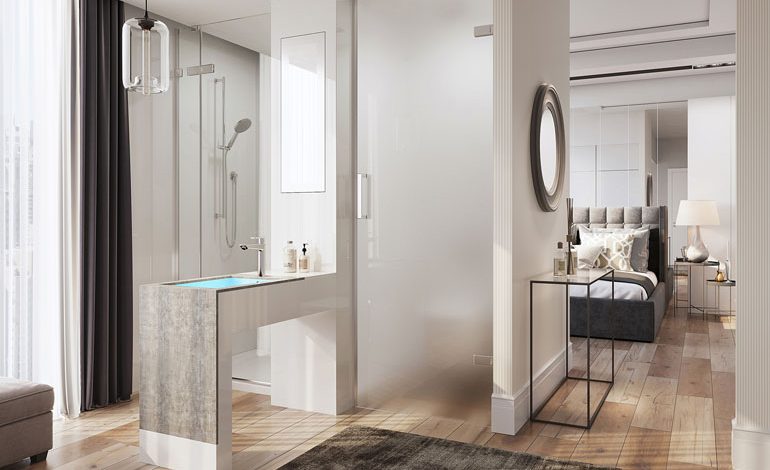 Aycliffe-based international leading shower designer and manufacturer Roman is due to showcase its products at this year’s Clerkenwell Design Week.

Clerkenwell Design Week is the UK’s leading independent design festival taking place in EC1, the heart and home of design.

At this year’s event, British Ceramic Tile is holding a British-themed pop-up event within its showroom in Clerkenwell.

As a British designer and manufacturer and a proud member of Made in Britain, Roman is delighted to join them in its showroom for the event.

Roman will have members of the firm’s specification team showcasing their latest products and capabilities at the British Ceramic Tile showroom from May 23-24.

Both Roman and British Ceramic Tile are proud members of the Made in Britain Organisation, which currently has over 1,000 members.

Made in Britain brings together the entire manufacturing community in Britain, united with the use of the registered collective marque.

Clerkenwell Design Week provides Roman with the perfect opportunity to showcase its project capabilities to interior designers, architects and specifiers.

The company has worked on projects worldwide, most notably across Europe, the Americas, Asia Pacific and the Middle East.

Managing director David Osborne said: “We are thrilled that British Ceramic Tile has invited us to join them at CDW and we are excited to showcase our products and capabilities to the UK’s leading independent design community in London.”