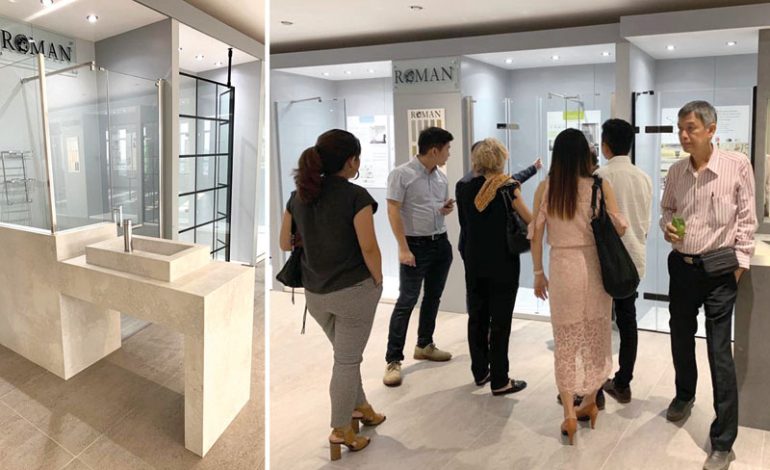 The grand opening of the Cosentino showroom, partnered with Aycliffe-based Roman, had a huge attendance of 600 visitors from across South East Asia including major architects, interior designers and key journalists.

Shower enclosures from Roman’s Liberty Range are on display offering design and solution options with their unique sealing tape system, reducing the need for silicone for a straight forward installation.

The firm’s managing director David Osborne said: “We are very excited to be a showroom partner with Cosentino in Malaysia.

“The launch event was a huge success with a fantastic turn out and we very much look forward to welcoming many more visitors to the showroom over the next few years.”