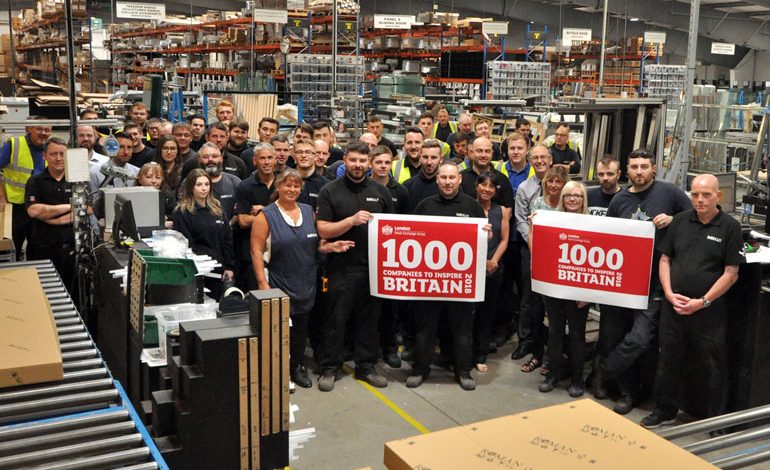 Newton Aycliffe shower designer and manufacturer Roman has been featured as one of London Stock Exchange Group’s 1,000 ‘Companies to Inspire Britain’ report.

The report is a celebration of the UK’s fastest-growing and most dynamic small and medium sized businesses across the UK.

To be included in the list, companies needed to show consistent revenue growth over a minimum of three years, significantly outperforming their industry peers.

All Roman products are designed and created in Britain, offering the ultimate in quality, precision and craftsmanship. Roman is a member of the Made in Britain Organisation and proudly displays their Marque on all products and literature.

Nikhil Rathi, CEO at London Stock Exchange, said: “These dynamic companies are the backbone of our economy, playing an important role in the UK’s ability to innovate, export and grow.

Roman managing director David Osborne said: “We are very proud to be recognised by the London Stock Exchange in such a way and ranked alongside so many other great companies.

“And we are very proud to be a British manufacturer and of our achievements over the last 30 years, but particularly over recent years and we are now set for a period of sustained high growth.”