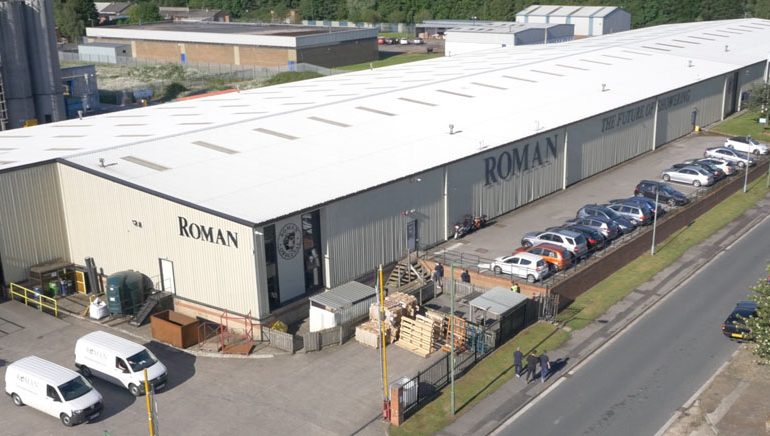 One of Europe’s leading shower designer and manufacturers, Roman, has further enhanced their manufacturing capabilities and capacity with a significant purchase of land and buildings on Aycliffe Business Park.

Over the last six months Roman has increased their main shower enclosure manufacturing site from 90,000 sq ft to 140,000 sq ft.

The production lines were expanded from five to eight lines in the main factory to allow for the increased demand for Roman shower enclosures, wetroom panels and bath screens.

This futureproofs the British company for strong growth, extra warehousing and an enhanced level of service to their customers.

Roman has now purchased the adjoining buildings which more than doubles the space for each with a total of 56,000 sq ft.

But the surrounding land is a total of 160,000 sq ft to cover land future expansions of both operations.

The investment brings Roman’s overall space on the site to 400,000 sq ft.

Purchasing of this new site will provide the company with flexibility to expand production as and when required.

Major International hotel projects have contributed to the year-on-year growth for the business, in both the UK and abroad.

Roman has been designing and manufacturing showering solutions in the UK for over 35 years.

They employ over 240 people, producing product lines such as shower enclosures, wetroom panels, shower trays, bath screens and solid surface fabrication for vanity units, basins and the bathroom structure. They currently export their British made products to 57 countries.

Managing director David Osborne said: “Roman has seen a steady increase in demand for our products both within the UK and internationally and expanding our premises allows us the opportunity to continue our strong growth, whilst constantly enhancing our service levels, production capabilities and of course capacity.”