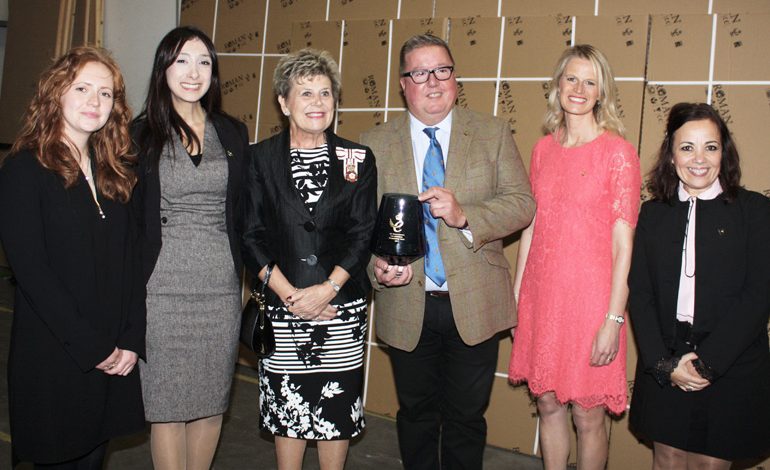 Shower designer and manufacturer Roman has celebrated winning the Queens Award for international trade with all staff at the firm’s headquarters in Newton Aycliffe.

A presentation was made by the Queens representative, the Lord Lieutenant of County Durham, after Roman announced earlier this year it had won the Queens Award for International Trade.

The Lord Lieutenant was formally welcomed to Roman by managing director David Osborne and was given a tour of the showroom and the manufacturing plants and met members of the workforce along the way.

Roman was awarded the Queens Award after it had shown a substantial and sustained increase in export earnings over three consecutive 12-month periods, to a level which is deemed outstanding.

The Queens Award for Enterprise is the most prestigious corporate accolade that a UK business can win.

Osborne said: “Our sustained investment, patience and belief over the last 10 years in developing our international markets has proved a great success and for this to be recognised in such a way is a very proud achievement.

“We have developed unique capabilities which have in turn created so many opportunities with major International Hotel Groups.

“We are thrilled to celebrate this fantastic achievement with all staff as everyone has played their part in winning the award.”