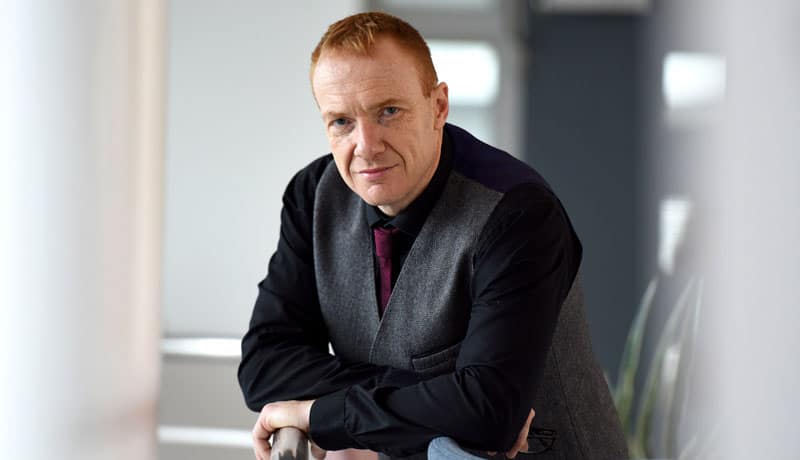 Unique research carried out by Teesside University academics has highlighted that people’s attitudes to policing throughout the Covid-19 pandemic have been shaped by the need for positive social relations.

In a special report published by PACE, the North East policy thinktank, Professor Marty Chamberlain, a Professor of Criminology at Teesside University, has called for police to take into account the research findings and develop strategies to build on the positive public response to pandemic policing and increase understanding between residents and officers.

The Teesside University research team surveyed residents across the Cleveland Constabulary area to find out their views on how the force used emergency powers.

The resulting study is the only one in the country to compare a regional area with broader national trend.

People in the region by and large followed national trends regarding their personal status, their response to the government lockdown, and their view of the police use of Covid19 emergency powers.

For example, two-thirds (67%) reported they stayed at home most or all the time and three-quarters (75%) reported that they tried to comply with all guidance provided to them.

Three-fifths of respondents (58%) reported that a concern for protecting the NHS drove their actions, rather than a concern with their personal protection (30%) or getting in trouble with Cleveland police (2%).

People were mainly positive when asked if they thought the police were doing a good job, with 60% saying they felt this was indeed the case – 57% in the comparative surveys.

However, they were nearly twice as likely as Scottish respondents to view the police presence in their local area as ‘not enough’ – 72% in Teesside compared to 38% in Scotland.

The findings point toward the conclusion that the respondents had an informed and nuanced view of the relationship between police presence and operational capacity issues.

Including, the impact of the government austerity agenda on the ability of officers to respond to the immediate demands of a national lockdown.

The survey was conducted during the ‘Black Lives Matter’ campaign and, when asked how much they agreed or disagreed, with the advice in the UK that due to the coronavirus, mass gathering events should not take place, 75% strongly agreed and 14% agreed that they should not.

Professor Chamberlain said: “It was difficult to not conclude that the people of the region prioritised public health concerns over civil liberty matters.

“We undoubtedly have become more isolated from our long-standing social groupings, personal relationships, and in many cases, our work colleagues. The result has been that larger social bonds which we perhaps had previously taken for granted, have become more important than ever before.

“The public servants who help us have become our ‘social touchstones’. This is particularly most true of the caring public service roles, which we have grown up knowing we can instinctively trust: doctors, police officers, teachers, and so on.

“The emphasis on public health over personal liberty by Teesside survey respondents can be tentatively said to suggest the existence of positive social bonding during a time of extreme difficulty by people of a region well-known for both its hardships and ability to transcend them.

“This highlights the need for police to develop strategies which build on the initial positive social response and shift toward greater social conformity, which often occurs when large-scale public health threats and social order risks happen.

“Policing outreach is particularly important as it increases understanding between residents and officers and can have a significant and positive effect on crime reduction.”

To read the full report ‘Policing the pandemic: highlighting the importance of community policing for wellbeing and health’ published by PACE, the regional policy thinktank, visit tees.ac.uk/schools/ssshl/pace.cfm.