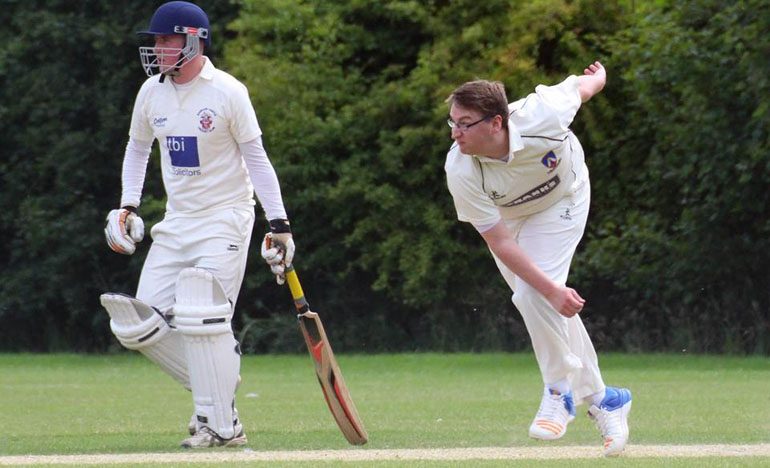 Newton Aycliffe first team’s final game of the season was badly affected by the weather as they drew at home to 2nd division champions Middlesbrough 2nd XI.
A total of 37 overs from Aycliffe’s innings was lost due to a three-hour stoppage for rain leaving the home side with the unlikely task of scoring 165 from just 17 overs to win the game.
James Layfield-Carroll (pictured above) was named man-of-the-match after some excellent bowling, taking three for 31 from 10 overs and then chipping in with 11 runs in the Aycliffe innings.
The draw gave Aycliffe 347 points from their 22 games with a playing record of won 12, lost seven and drew three, and their highest ever position of third in the second division table.

Aycliffe’s second team’s final game of the season was completely washed out without a ball being bowled away at Northallerton 2nd XI. The second team therefore finished their excellent season with a playing record of played 18, won five, lost nine and four draws. Points total 199 and a very creditable fifth place in the fourth division table.