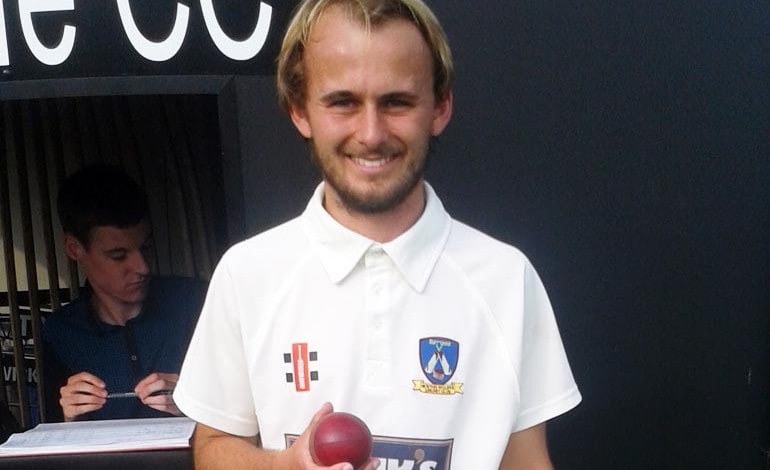 The 20-year-old swing wizard skittled Yarm’s second team out in under 11 overs as Aycliffe’s second XI romped to a record-breaking victory at Aycliffe Sports Club.

Slatcher became the first ever Aycliffe player to take all ten wickets in a game and in the process set a new club record for the most second team wickets in a season with his total currently standing at 57.

Although yet to be verified, Aycliffe also think Slatcher’s dream performance might be the best in the NYSD League’s 122-year history.

Captain Adam Gittins also broke a long-standing second team club record with a seasonal runs aggregate of 518 by notching 73 not out as Aycliffe hit 226 for six.