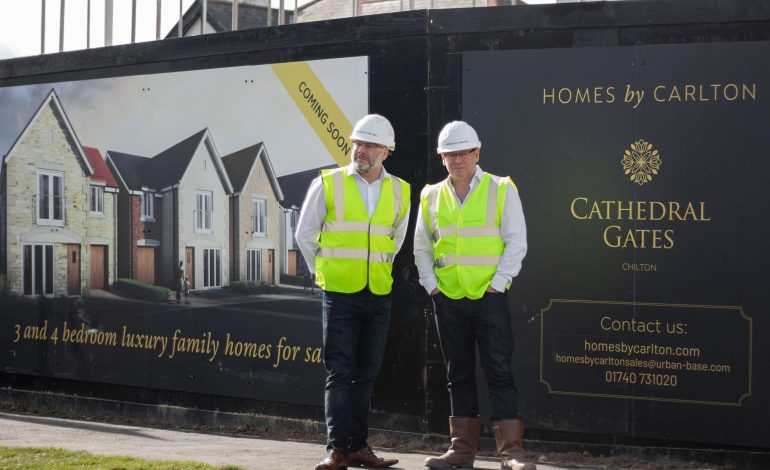 A Newton Aycliffe-based firm has had controversial plans to build near a quiet village accepted by councillors despite concerns from nearby residents.

The quaint village of Thorpe Thewles, near Stockton, is to increase in size by a third after councillors gave more than 30 new homes the thumbs-up.

Homes by Carlton – the Aycliffe Business Park-based firm which earlier this year announced ambitions plans to build 300 new homes in 2019 – will begin work on 31 two, three and four-bedroom properties in Thorpe Thewles this year after Stockton Council planning committee backed the plans on Wednesday.

The Labour MP objected to this latest housing bid alongside several villagers with worries about the numbers of homes being unsustainable and traffic concerns.

Four of the six “affordable homes” on the site are up for rent while two will be “shared ownership or rent-to-buy”.

He added: “I understand some concerns have been expressed by neighbours about the increasing numbers but this is recognised as a sustainable village in the council’s local plan – and also on appeal elsewhere in the village.

“Added to that, this is a better design and layout with a broader mix of house types and a more efficient use of land.”

The site hugs the old Castle Eden railway line which is now a walkway and Mr Hesmondhalgh said £110,000 generated by the housing scheme would be spent on the nearby Wynyard Woodland Park.

He also revealed workers would be on site this year to build the homes.

Cllr Sylvia Walmsley, independent member for Stainsby Hill, said she got “fed up” when developers “squeezed in more homes” after plans had been approved in the past.

“It makes a little bit of a nonsense of the original application,” she added.

The Labour councillor added: “It’s still a very narrow road – there are no footpaths.

“I know people use it as a walkway and there are other footpaths around but I’m wondering what mitigation there is to make that road safer is there’s more traffic on it?”

Council officers said the affordable homes pushed the scheme up to 31 and added a new footpath would be provided.

Meanwhile, Cllr Steve Walmsley, independent member for Mandale and Victoria, said there was a “worrying trend” of houses being approved in villages – pointing to Kirklevington.

“Once a village, it now resembles a small town and will probably coalesce before too long with Yarm,” he added.

“That’s the state of play with a lot of villages and I can see why quite a lot of people who live there who’ve gone there for the ambience are a bit concerned by all this.”

Councillors voted to approve the scheme by 11 votes to 1.