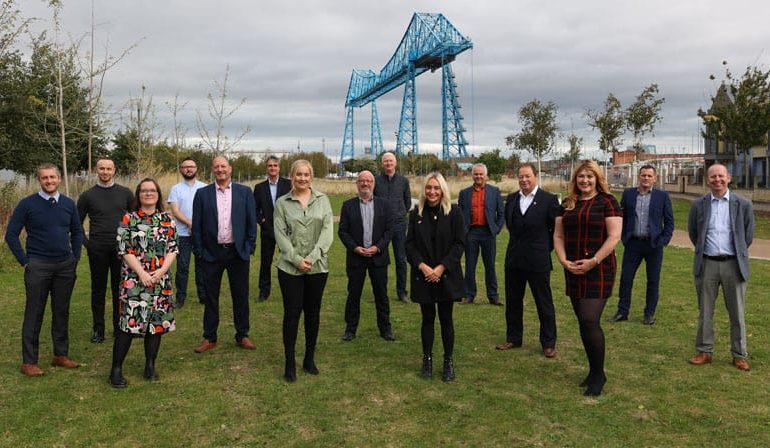 An ambitious publishing company is eying further expansion after enjoying continued growth during the pandemic.

The publishing and events company – known for producing Tees Business, Love Middlesbrough, This Is Tees Valley and Wear Business – now has more than 300 combined years of media experience in its ranks.

And the firm has bold plans to launch new publications and events in 2022 and create more local jobs after seeing sales grow by 30 per cent in the last year.

Director Martin Walker – who’s also editor of Aycliffe Today and the Aycliffe Business magazine – said: “We’re delighted with the company’s growth in the last year, especially in the circumstances, and we have plans to add more new publications to our stable over the next year.

“We’ve also been delighted with the way our virtual events were received locally and that really helped the strengthen their reputations as they returned to in-person events at the end of the summer.

“What we’re most proud of is the fact we’re creating local jobs and supporting many of our local freelance writers and photographers who all help us to deliver our professional publications.”

Director Dave Allan said: “Like all businesses we faced some challenges in 2020 but we ramped up our digital presence which boosted both our publications and events.

“We managed to hold two major business events virtually which paved the way for a successful return in the last few weeks.

“We’ve added three full-time members to our team since February and we continue to tap into what is a talented pool of local freelance writers and photographers which supports us across all our publications.”

Resolution aims to take on two new full-time sales roles within the next six months to work across its current and new publications.

Non-executive director Bob Cuffe MBE, former regional managing director for Reach plc (then Trinity Mirror), added: “Having been a part of the team for nearly three years I’m absolutely delighted as to how the business has grown – and in particular how it has adapted and innovated over the last extraordinary 18 months.

“Resolution is very much the voice of business – and I look forward to the future with Martin, Dave and the team with real excitement.”